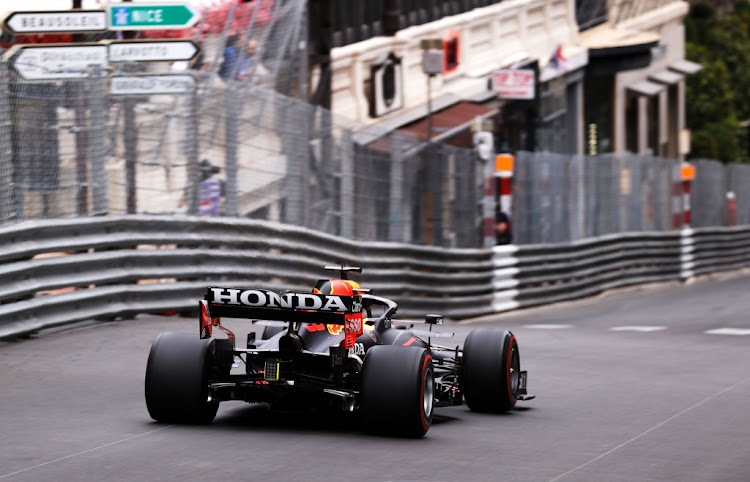 Max Verstappen during final practice prior to the F1 Grand Prix of Monaco at Circuit de Monaco on May 22, 2021 in Monte-Carlo, Monaco.
Image: Lars Baron/Getty Images

Red Bull's Max Verstappen was fastest in final practice for the showcase Monaco Grand Prix on Saturday with Formula One championship leader Lewis Hamilton struggling in seventh for Mercedes.

Verstappen, 14 points behind the Briton after four races, lapped the tight metal-fenced street circuit with a best time of one minute 11.294 seconds and 0.047 ahead of Ferrari's Carlos Sainz.

Monaco local Charles Leclerc, fastest in Thursday's practice for Ferrari, was third on the timesheets and 0.258 off the Dutch youngster's pace.

Grid position is critical for Monaco, where overtaking is almost impossible, and Hamilton appeared to be in some difficulty.

The seven-time world champion, winner from pole last time Monaco hosted a race in 2019 and before the Covid-19 pandemic, was 0.726 off the pace.

“Unfortunately, it looks to be game over for Mercedes. They just don't have the grip out there and can't get the tyres to work,” said Mercedes' 2016 world champion Nico Rosberg on Sky Sports television.

“They are really up against it. They are stuck, they are in a corner, and I don't have too much hope for them at the moment for qualifying.”

The hour-long session was brought to a close by Mick Schumacher crashing his Haas at the exit to Casino Square.

The chances of Schumacher's mechanics getting the badly damaged car ready in time for afternoon qualifying looked remote.

“I don't know what to say, I'm very sorry about that,” said the German rookie over the team radio.

Canadian Nicholas Latifi had earlier crashed his Williams, bouncing off the kerb and into the barriers and halting the session with 17 minutes to go while the car was removed.

Sebastian Vettel lapped the unforgiving Monaco street circuit with tears in his eyes during Thursday's second practice after something irritated his ...
Motoring
1 month ago

Lewis Hamilton's comments about Formula One rival Max Verstappen suggest the Dutch driver is beginning to get to the seven-times world champion, Red ...
Motoring
1 month ago