Bottas's wheel is finally freed from his car 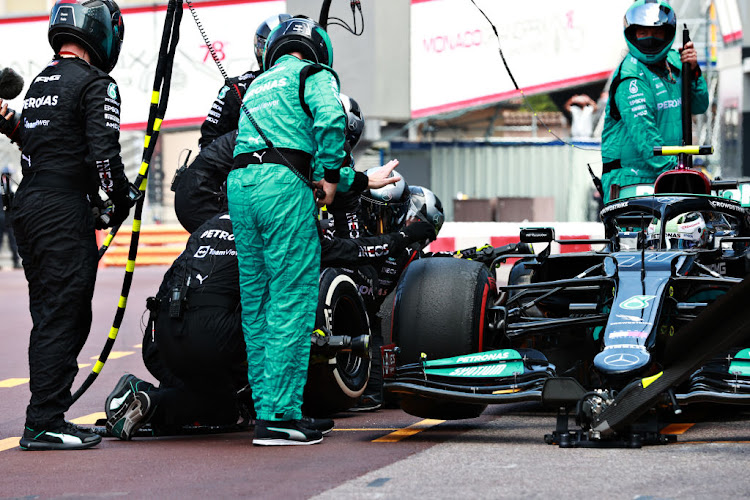 Valtteri Bottas makes a pit stop but his front right wheel is stuck to his car, forcing his retirement from the F1 Grand Prix of Monaco on May 23 2021 in Monte-Carlo, Monaco.
Image: Mark Thompson/Getty Images

Mercedes have finally stopped the clock on Valtteri Bottas's Monaco Grand Prix tyre change after removing a stuck wheel from his car two days after it forced his retirement from the race.

The Formula One champions posted a video on Thursday of a crouching mechanic freeing up the front right wheel with special equipment at the factory on Tuesday morning.

“The job's done. Onwards and upwards from here,” Mercedes added on Twitter. “All eyes on Baku to come back smarter and stronger.”

It normally takes about a second and a half to remove a nut, change a wheel and put a new nut on.

“The margin for error is very small and if just the slightest problem happens, it slows the stop down or potentially, in an absolute disastrous case, this happens,” head of strategy James Vowles said in a debrief.

Australian Jack Miller will continue with the Ducati works MotoGP team next season, the Italian manufacturer said on Tuesday
Motoring
7 months ago

British barrister Graham Stoker on Tuesday announced his candidacy to succeed Jean Todt as head of Formula One's governing body, the FIA, with ...
Motoring
8 months ago

The driveshaft hub failure that prevented pole-setter Charles Leclerc from starting his home Monaco Formula One Grand Prix on Sunday was a result of ...
Motoring
8 months ago