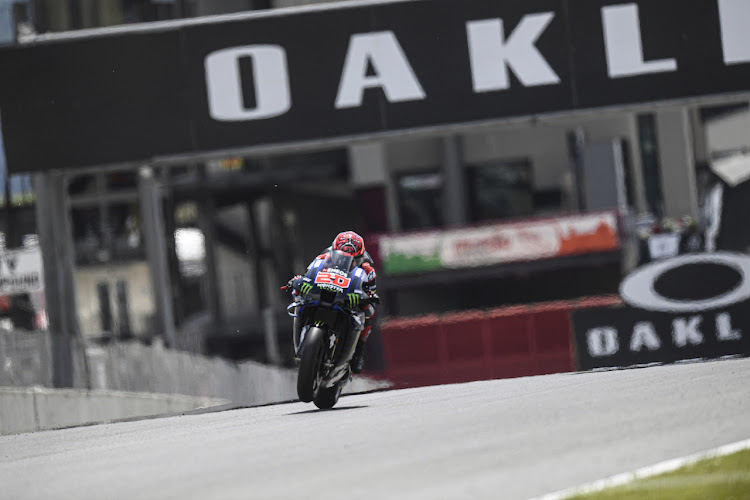 Fabio Quartararo on his way to victory at the Italian MotoGP.
Image: Monster Yamaha MotoGP Team

MotoGP world championship leader Fabio Quartararo won the Italian Grand Prix on Sunday, a race overshadowed by news of the death of Swiss rider Jason Dupasquier after a crash in qualifying at the Mugello Circuit.

Yamaha's pole-sitter Quartararo finished ahead of Miguel Oliveira and Joan Mir to extend his lead over Ducati's Francesco Bagnaia, who crashed out of the race in the early stages along with six-time champion Marc Marquez of Repsol Honda.

Quartararo now has 105 points after three race wins in 2021, with French compatriot Johann Zarco — who finished fourth — climbing to second place in the riders' standings with 81 points, two ahead of Italian Bagnaia.

The day began on a sombre note when the Prustel GP team said the 19-year-old Dupasquier, who was rushed to hospital after a crash at turn nine involving three bikes in qualifying on Saturday, had died.

Prustel GP opted not to compete in the Moto3 race Dupasquier had been hoping to ride in.

“Strange day, honestly a lot of emotion before the race,” said Quartararo, who shed tears and pointed at the sky after crossing the finish line and later waved the Swiss flag in honour of Dupasquier.

“It's not a great feeling, you achieve a win but we lose one of our friends.

“To start the race after that one minute of silence was really difficult. Every time at turn nine I was thinking of Jason, and this win was for him.”

In a dramatic finish, Oliveira dropped to third place after stewards penalised him a spot for exceeding track limits but he reclaimed his position after defending champion Mir was pushed down a spot for the same infraction.

The championship will resume at the Catalan Grand Prix in Barcelona next weekend.

Valentino Rossi said on Thursday that his performances in the next few MotoGP races, starting with this weekend's Italian Grand Prix, might prove ...
Motoring
11 months ago

Six-times MotoGP champion Marc Marquez said on Thursday that he considered a break in racing after the Spanish Grand Prix as he struggles with his ...
Motoring
11 months ago

Australian Jack Miller will continue with the Ducati works MotoGP team next season, the Italian manufacturer said on Tuesday
Motoring
11 months ago