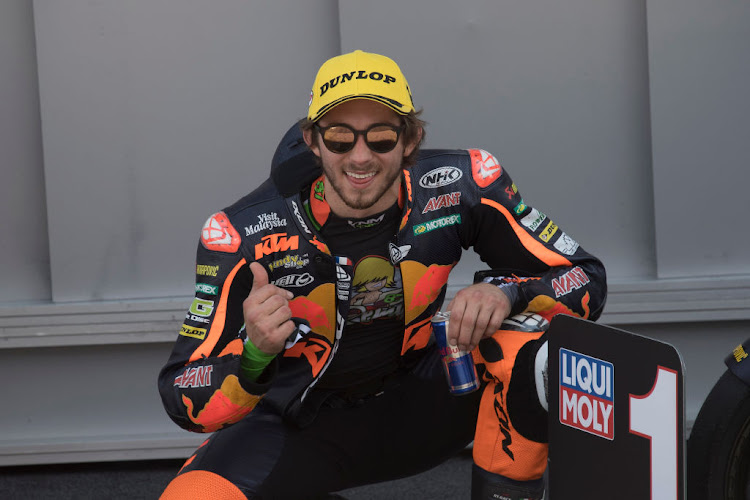 Remy Gardner of Australia and Red Bull KTM Ajo celebrates victory in the MotoGP of Italy race at Mugello circuit on May 30 2021 in Scarperia, Italy.
Image: Mirco Lazzari gp/Getty Images

Australian Remy Gardner, son of 1987 500cc world champion Wayne, will move up to MotoGP next season, the Tech3 KTM team announced on Wednesday.

The 23-year-old is leading the Moto2 championship for the Red Bull KTM Ajo team after six rounds and took his first win of the 2021 season at last weekend's Italian Grand Prix at Mugello.

His MotoGP debut will come 30 years after his father, who was the first Australian to win the top class of grand prix motorcycling, retired in 1992.

"It’s a dream come true for me and what we have worked for up until this point. It’s an incredible chance for me and I cannot wait to ride the bike," said Gardner.

"Right now we need to focus on finishing 2021 in a strong way. I want to thank also everyone who has supported me to reach MotoGP. We’re just getting started."

Tech3 have Spaniard Iker Lecuona and Italian Danilo Petrucci as their current riders, with one of them set to leave at the end of the year.

The Aston Martin Formula One team announced on Tuesday a partnership with the Racing Pride movement and said it will work through June to raise ...
Motoring
2 weeks ago

"Mr Dakar" Stephane Peterhansel and triple champion Carlos Sainz have joined Audi's bid to win the 2022 edition of the endurance rally with an ...
Motoring
2 weeks ago