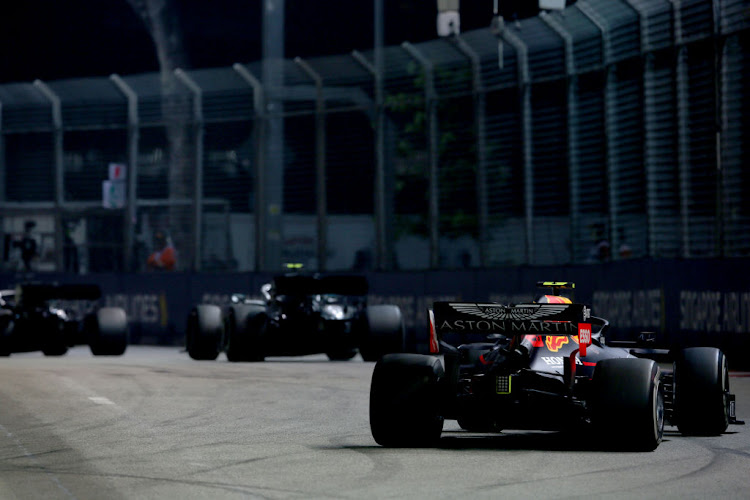 The Singapore Grand Prix has been struck from the 2021 F1 calendar.
Image: Charles Coates/Getty Images

The Singapore Formula One Grand Prix has been cancelled for the second year in a row due to the Covid-19 pandemic, two well-placed sources told Reuters on Friday.

The BBC and Sky television had earlier reported the October 1-3 night race at the Marina Bay circuit was off due to immigration restrictions but a Formula One spokesperson had no official comment.

“We continue to work with all promoters during this fluid time and have plenty of options to adapt if needed,” he said.

There was no immediate comment from the Singapore race organisers.

Singapore would follow Canada off the calendar and is unlikely to be the last to fall victim of the pandemic with Japan, Brazil, Mexico and Australia all looking uncertain from the original list of 23 rounds.

Australia has already been rescheduled to November but travel to the country is heavily restricted.

Turkey, which had been due to replace Canada but was then also scrapped, would be a possible stand-in with talk also of China making a return and a second potential race in the US.

Austin, Texas, is due to host the US Grand Prix in late October but could step up with a double-header though there has also been speculation that Indianapolis is under consideration.

That might appeal to the sport's US-based commercial rights holders Liberty Media.

“Singapore's a great track, it's a great event, but we have to be flexible,” Red Bull team boss Christian Horner told Sky Sports television.

“If it is officially cancelled then, as with Turkey and Montreal, there's lots of options open to Formula One and (CEO) Stefano (Domenicali) and his team will be aware of that.

“They'll have other options. Everybody's desperate to have Formula One in their country so we'll just have to wait and see.”

Formula One faces a separate challenge with the Dutch authorities telling Formula One that all working staff attending the race at Zandvoort in September must be vaccinated against Covid-19.

Horner said that could pose a problem for younger team members still waiting for a jab.

Red Bull's Formula One championship leader Max Verstappen set the pace in first practice for the Azerbaijan Grand Prix on Friday, with the two ...
Motoring
3 months ago