Hardcore BMW M4 GT3 is ready to slay the racetrack 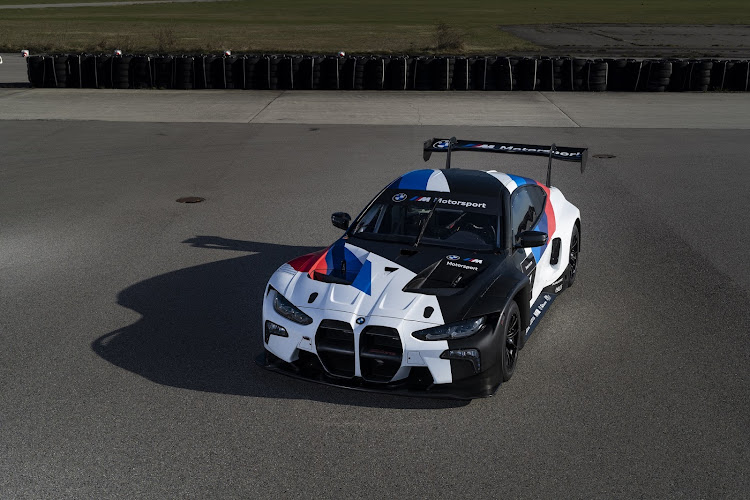 The M4 GT3 is the competitive cousin of the M4 Competition that recently went on sale in SA.  Picture: SUPPLIED

As staggering as its looks is its output of 440kW, making it the most powerful straight-six engine BMW has installed in a racing car since the days of the BMW M1 Group 5, according to Ulrich Schulz, Head of Drivetrain Design, BMW Motorsport.

Explaining the astonishing styling, Michael Scully, BMW Group Designworks Global Automotive Director, explains that: “The kidney grille retains the production car’s size and geometry, while its interior surfaces have been opened up to feed the race engine’s enhanced cooling requirements.”

The cockpit with its basic racing configuration includes an FIA spec BMW M safety seat, air conditioning and adjustable steering wheel, pedals and centre console. The multifunction steering wheel has switches for traction control, radio, ABS and engine mapping, and the drink system is also the first of its kind that works both in a real car and on a simulator.

The new race car has racked up more than 12,000 test kilometres on numerous tracks including the famed Nürburgring-Nordschleife. 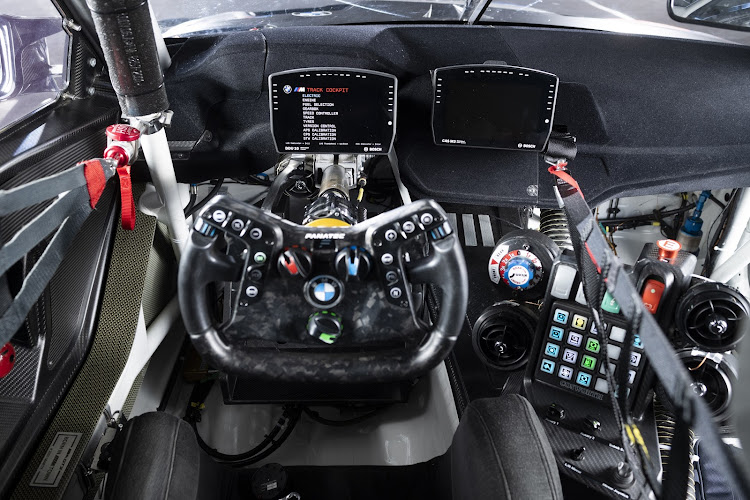 The race-ready cockpit of the BMW M4 GT3. Picture: SUPPLIED

Following its race debut this month it will undergo more tests and race outings before it is delivered to the first customers, who will compete with the car in 2022.

BMW has not confirmed whether it will produce a toned-down, more road-based variant in the mould of the previous M4 GTS.

However there are clues that such a spin-off will materialise. BMW M is turning 50 in 2022 and the company’s top brass has already hinted it’s working on a few hot cars for that auspicious occasion. Perhaps a new M4 GTS will be among the spicy models planned, alongside the BMW M8 CS that’s currently in the headlines testing at various race tracks.

While most supercar manufacturers boast about top speeds in the 300km/h-plus region, Bugatti plays in a different league
Motoring
7 months ago

BMW has pulled the wraps off its second-generation 4 Series Gran Coupé that is notably larger than its predecessor. Indeed, get out your tape-measure ...
Motoring
7 months ago