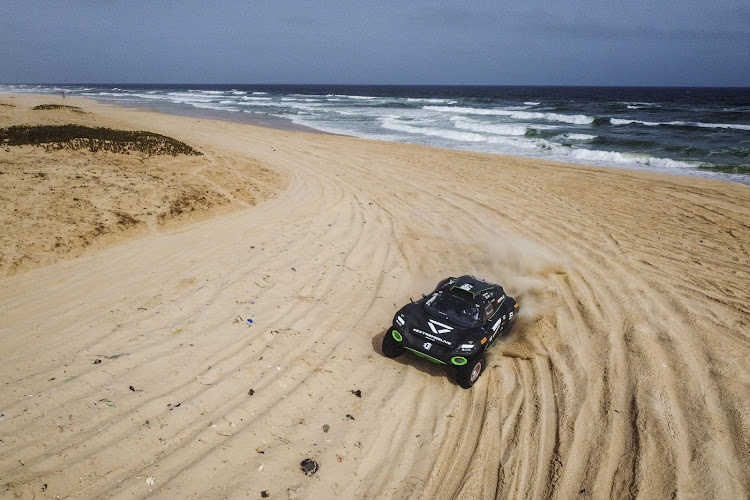 Extreme E will not be going to South America this year due to the Covid-19 pandemic.
Image: Extreme E

The new Extreme E electric off-road series has cancelled races in Brazil's Amazon and Argentina's Patagonia regions due to the Covid-19 pandemic, with Scotland a possible alternative, it said in a statement on Friday.

The Amazon round was scheduled for October 23-24 with the Glacier X Prix listed for December 11-12.

Extreme E, which uses identical SUVs and includes Britain's seven times Formula One world champion Lewis Hamilton as one of the team owners, said it had decided to postpone visiting the region until season two.

"We’ve been closely monitoring the situation regarding all Extreme E locations for 2021 and have chosen to make this pre-emptive decision on racing in South America this year," said Extreme E founder Alejandro Agag.

"Our priority is to deliver a five-race calendar of events which are safe and responsible for our global participants, partners and staff to travel to and attend."

Extreme E said alternatives under consideration included the Western Isles of Scotland ahead of Glasgow hosting the COP26 climate change conference in November.

The series has so far held two rounds – in Saudi Arabia and Senegal – with the third scheduled for Greenland at the end of August.

Extreme E aims to raise awareness about climate change and promote sustainability by racing electric SUVs in remote and harsh environments, with a former mail ship used to transport cars between locations.

McLaren to enter Extreme E in 2022

McLaren will enter a team in Extreme E next year in what organisers hailed as a major step forward for the all-electric off-road series after its ...
Motoring
4 months ago

Hardcore BMW M4 GT3 is ready to slay the racetrack

Jost Capito has taken on the role of Williams Formula One principal, with Simon Roberts leaving the team in a streamlining of the management ...
Motoring
4 months ago