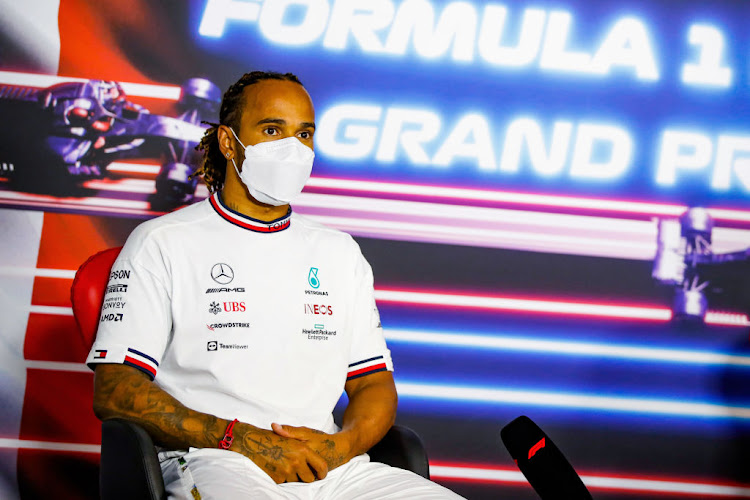 Mercedes' seven-times world champion Lewis Hamilton played down the pain of his latest defeat by Formula One leader Max Verstappen in France on Sunday, and said the race was a real reflection of Red Bull's pace.

The Briton had won at Le Castellet in 2018 and 2019, with no race last year due to Covid-19, but his hopes of a hat-trick ended when resurgent Red Bull out-smarted the champions on strategy.

The seventh race of the season was a reversal of the Spanish Grand Prix in May when Hamilton hunted down Verstappen, who said then he felt like a sitting duck, in the closing laps to win.

This time it was the champion who was on the receiving end as Verstappen made a second pitstop and used his fresher tyres to make up the time and overhaul Hamilton on the penultimate lap.

Asked how gut-wrenching the feeling had been, Hamilton – now 12 points behind his Dutch rival – said it had not been at all.

"I think we did a great job today and it just didn't work out," he said.

"I'm not massively disappointed. I think I did the best job I could today. Of course, there were things we could probably have done slightly better but overall they have been quicker than us all weekend.

"It's a true reflection of the pace they have."

The 36-year-old recognised another chance to win had slipped through his fingers, his tally still stuck at a record 98 career victories.

"If we look in hindsight for sure if we'd have stopped earlier, before they stopped and come out ahead and just gone onto a two stop, we probably could have won the race," he said.

"But it would still have been very difficult. Their pace was generally very, very strong.

"If he (Verstappen) had not made a mistake in turn one, they probably would have led the race all the way."

Verstappen started on pole but went wide at the start, allowing Hamilton to take the lead which the Mercedes driver held until the pitstops, when the Dutch driver got back in front before taking a gamble and pitting again.

"It was a fairly easy pass."

Formula One will seek to avoid a scenario where a new points-paying Saturday sprint race format being trialled this season could decide the title, ...
Motoring
7 months ago