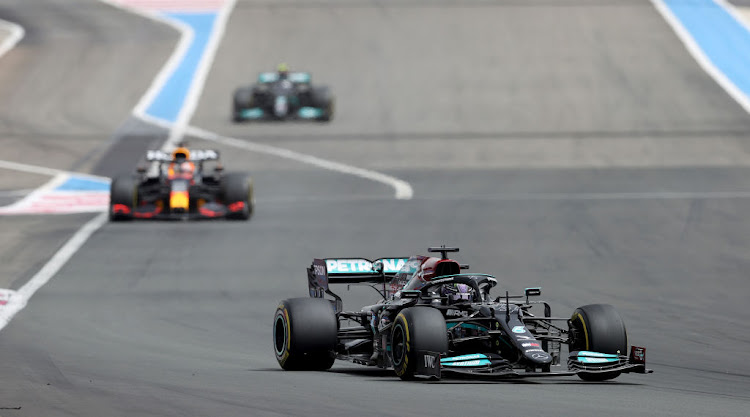 The German, at Le Castellet as a pundit for Sky Sports television, took aim after both were passed by race winner and championship leader Max Verstappen.

"Valtteri did a rubbish job, honestly, in defending because he blocked completely unnecessarily, he braked way too late and went straight on so Max had such an easy time getting past," Rosberg told viewers.

"Maybe he would have got past anyway but at least cost him a bit more lap time. It was not a very good way of defending and could have been done in a much more smart way."

Verstappen had made a second pitstop and had to pass Bottas, then running second, in order to reel in and overtake the Finn's seven-times world champion team mate Lewis Hamilton for the win.

When Verstappen caught up with Hamilton and made a move on the penultimate lap, the Briton did not offer much resistance on tyres worn down to the limit.

"Usually Lewis is the best one-to-one racer and I'm surprised he didn't try. At least try, brake late and try to keep him on the outside. A bit soft there from Lewis, somehow."

"I have to say Lewis was very fair with the pass, he didn't defend hard or aggressively and it was a very clean move," he said.

Hamilton, who was runner-up on a one-stop strategy, said there was little he could have done.

"If he didn’t pass me there, he would have passed me on the straight afterwards, so it would have made zero difference and I just had no front end, so he would have got me either way," said the Briton.

"It was pointless to defend any harder. I think you saw what happened to Valtteri – he just ended up going straight on. There was no point messing up the tyres more."

Schumacher can't expect to have it easy, says Mazepin

Nikita Mazepin has warned Haas team mate Mick Schumacher not to expect an easy ride from him after the German reacted angrily to the Russian rookie's ...
Motoring
7 months ago