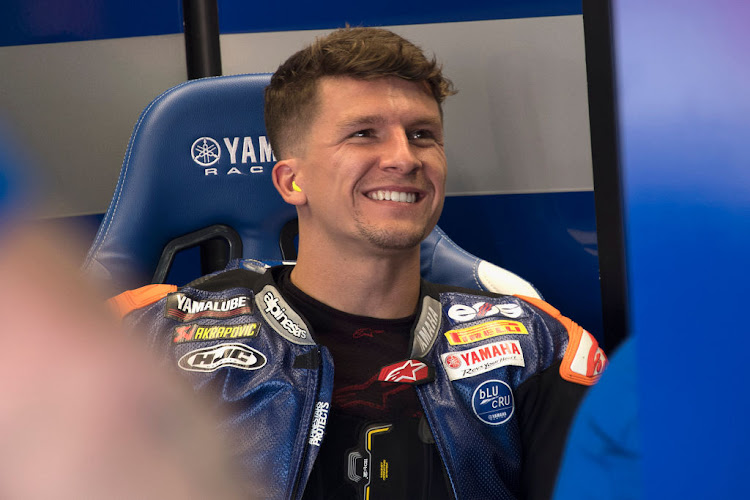 Petronas Yamaha have called up Garrett Gerloff to make his MotoGP debut at the Dutch Grand Prix after their rider Franco Morbidelli was ruled out with a knee injury, the team announced on Wednesday.

Morbidelli was injured while training on Tuesday, forcing Yamaha to sideline the Italian and call up American Gerloff, who rides for the Yamaha WorldSBK team in the Superbike World Championship where he is sixth in the standings this season.

"I'm excited for the opportunity ahead. I'm not someone who runs away from a challenge, so I'm ready to get to the track," Gerloff said.

"It'll be a new circuit for me. I like trying new tracks, it looks fun, fast and flowing, and really suits my riding style. I'm looking forward to jumping on the Yamaha M1 again and twisting the throttle.

Morbidelli has been the stronger of the two Petronas Yamaha riders, sitting 11th in the standings with one podium finish while former champion Valentino Rossi has struggled, with his best finish being 10th at his home Italian Grand Prix.

This weekend's Dutch Grand Prix is the ninth race of the MotoGP season. Yamaha's Fabio Quartararo leads the world championship with 131 points, ahead of fellow Frenchman Johann Zarco of Pramac Ducati (109).

Japanese MotoGP cancelled due to Covid-19

The Japanese Grand Prix has been cancelled due to travel complications and logistical restrictions amid the Covid-19 pandemic, with the Grand Prix of ...
Motoring
3 months ago

Formula One champions Mercedes have licked their wounds, looked at what went wrong and promised to come out fighting in Austria this weekend after ...
Motoring
3 months ago

Reuters reports Kyle Larson put in another dominating performance on Sunday as he easily won the Ally 400 NASCAR Cup Series race at Nashville ...
Motoring
3 months ago