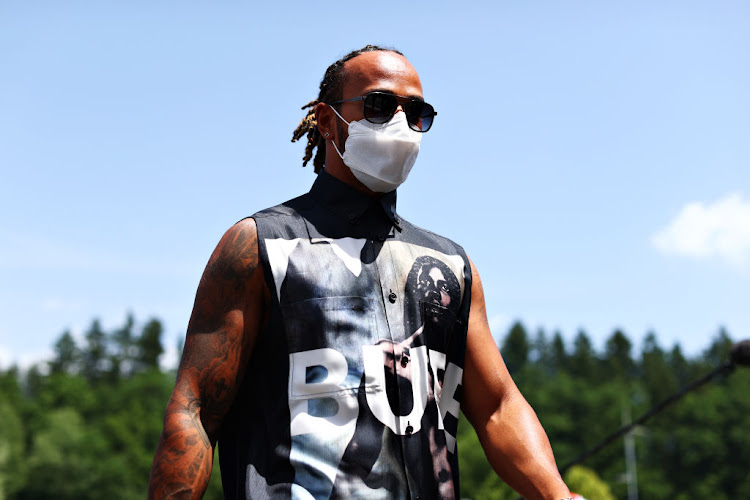 Lewis Hamilton walks in the paddock ahead of the F1 Grand Prix of Styria at Red Bull Ring on June 24 2021 in Spielberg, Austria.
Image: Clive Rose/Getty Images

Seven times world champion Lewis Hamilton said on Thursday Formula One could be moving too fast with the decision to allow a capacity crowd at his home British Grand Prix next month.

The sport announced earlier that hundreds of thousands of fans could attend the July 16-18 grand prix at Silverstone, with 140,000 on race Sunday.

That would be the biggest crowd at a sporting event since the Covid-19 pandemic triggered a national lockdown in March last year. The last pre-pandemic race held at the circuit with spectators in 2019 saw a three-day attendance of 351,000 and 141,000 on Sunday. The circuit hosted two races last year, both without a crowd.

“I'm kind of split,” Mercedes driver Hamilton told reporters ahead of the Styrian Grand Prix at Austria's Red Bull ring. “I can't tell you how excited I am to see people and the British crowd, because it is the best crowd of the whole year.

“Obviously I watch the news so I hear about the cases going up massively in the UK and so on that side I worry for people, naturally.”

Hamilton said he did not want to turn the announcement into a negative “but it feels a bit premature to me”.

Informed that everyone attending would have to be vaccinated, or test negative for the virus, Hamilton, who is outspoken on social issues, said that was a good thing but it did not change his opinion.

“I like to err on the side of caution and slowly build up rather than full pelt and using our British fans as a test,” he said.

“I'm very, very happy. Delighted in fact,” said Norris. “We missed it a lot last year. It's been nice slowly having more and more through this season already here and there. Just to have them all back and feeling more normal again is something I'm very excited for.”

“It's fantastic news that Silverstone will be a full capacity event,” said Formula One CEO Stefano Domenicali. “It will be an incredible weekend with hundreds of thousands of fans being there to see our first Sprint event on the Saturday and the main event on Sunday.”

The grand prix will be the first to try out a new format, with qualifying on Friday and then a sprint race on Saturday to determine the grid for Sunday's race. Points will be awarded to the top three finishers on Saturday.

Silverstone, a home GP for the majority of teams, has been included along with Wimbledon tennis, the golf Open and the Euro 2020 semifinals and final at Wembley, in the British government's event research programme.

“This is something we have all been working towards for months and I cannot wait to welcome a full capacity crowd back to Silverstone this July,” said Silverstone MD Stuart Pringle.

“Many of our fans rolled their tickets over from 2020 but they are now well placed to enjoy what is sure to be one of the highlights of the summer.”

Silverstone will be allowed a capacity crowd for the July 18 British Formula One Grand Prix, a home race for Mercedes' seven times world champion ...
Motoring
1 year ago

W Series to become a team-based championship from 2022

The all-female W Series, which is supporting Formula One at eight grands prix this year, will become a team-based championship from 2022 as a result ...
Motoring
1 year ago