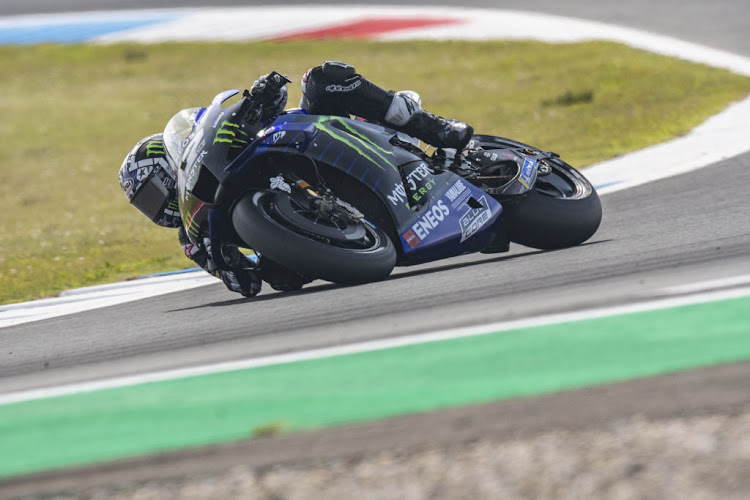 Yamaha's Maverick Vinales edged out team mate Fabio Quartararo in a late shoot-out to claim his maiden pole position of the season after both riders smashed the lap record in qualifying at the Dutch Grand Prix on Saturday.

World championship leader Quartararo looked set to take pole for the sixth time in seven races when he set a lap record of 1:31.922 seconds at the TT Circuit Assen also known as the “Cathedral of Speed”.

But Vinales, who finished 21st in his worst-ever MotoGP qualifying round in Germany last week, turned on the style as he breached Quartararo's early benchmark to finish in 1:31.814 seconds and grab front place on the grid.

Quartararo came through the first two sectors of his final lap with a slender lead on his team mate but made an error at Turn 10 to almost slip out of track limits, forcing him to settle for second place.

It will be Vinales' first pole since the Emilia Romagna GP last year.

“But I'm really happy this weekend. The bike has been fantastic. We've been fastest in practice and tomorrow we have an opportunity to fight for the podium.”

Ducati's Francesco Bagnaia surged up to third in the closing moments, ahead of LCR Honda's Takaaki Nakagami and Q1 pacesetter Johann Zarco of Pramac Ducati.

Six-time world champion Marc Marquez, who won his first race last week since his injury comeback, will start in 20th after crashing out in the Q1 session.

Verstappen on pole at the Red Bull Ring

Formula One rookie Mick Schumacher has been sitting crooked in his car since the first race with Haas in March, the German revealed on Thursday
Motoring
1 month ago

Valentino Rossi's new Saudi-backed Aramco VR46 team will compete in MotoGP next year in a three-year deal with Ducati, both parties announced on ...
Motoring
1 month ago