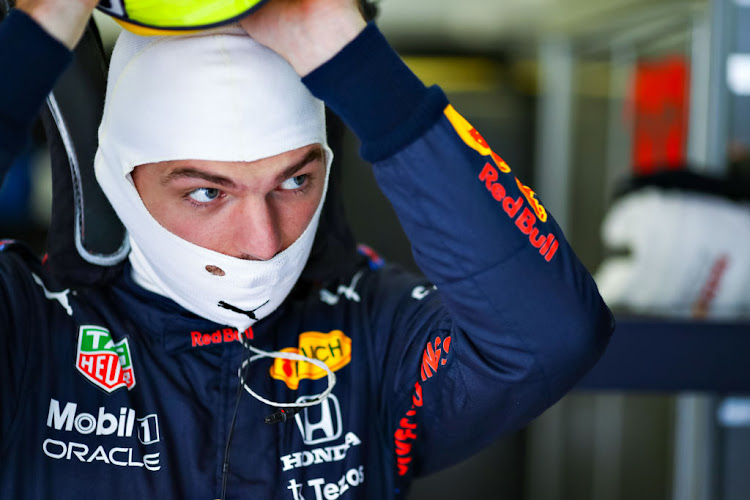 Max Verstappen prepares to drive in the garage during practice ahead of the F1 Grand Prix of Austria at Red Bull Ring on July 2 2021 in Spielberg.
Image: Mark Thompson/Getty Images

Red Bull's Formula One championship leader Max Verstappen picked up where he left off with the fastest time in first Friday practice for the Austrian Grand Prix at his team's home circuit.

The 23-year-old Dutch driver won the Styrian Grand Prix at Spielberg's Red Bull Ring from pole position last Sunday and will be chasing his third win in a row, and fifth of the season, this weekend.

Verstappen clocked a best time of 1:05.143 seconds, with the Ferrari pair of Charles Leclerc, 0.266 slower, and Carlos Sainz second and third on the timesheets.

Mercedes' seven-time world champion Lewis Hamilton, who is 18 points behind Verstappen after eight races, was only seventh fastest.

Teams were also testing a new Pirelli tyre with a stronger construction, after high-speed failures in Azerbaijan, that could be introduced at this month's British Grand Prix if approved.

Formula Two leader Zhou was the quickest of the stand-ins, with the 14th-best time.

Aston Martin announced on Thursday the arrival of aerodynamicist Andrew Alessi as their new head of technical operations, the second senior employee ...
Motoring
4 weeks ago

Zanardi still unable to speak a year after accident

Italian former Formula One driver and Paralympic cycling champion Alex Zanardi still faces a long road to recovery more than a year on from a ...
Motoring
4 weeks ago

Hamilton takes to simulator after Red Bull run of success

Seven-times Formula One world champion Lewis Hamilton is putting in the laps on the Mercedes simulator, something he has steered well clear of in the ...
Motoring
4 weeks ago