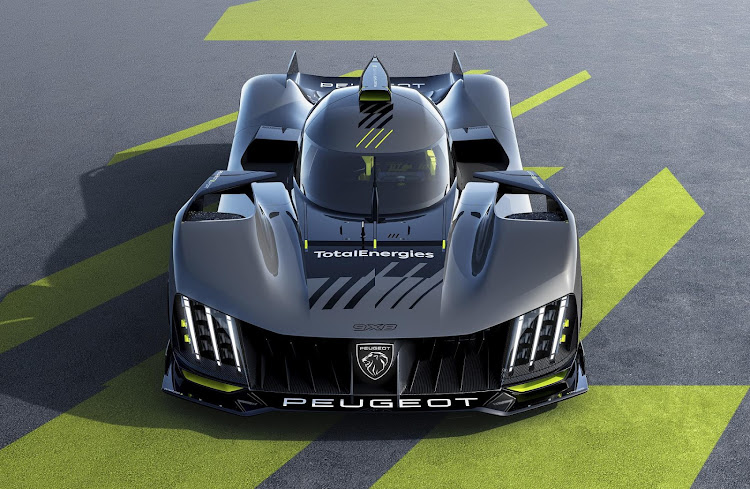 The new Peugeot 9X8 will enter the World Endurance Championship in 2022.
Image: Supplied

Peugeot Sport on Tuesday pulled the covers off its radical new 9X8: a sleek and futuristic racing car that will take the fight to Ferrari, Porsche, Audi and Toyota in the ultra-competitive World Endurance Championship (WEC) that includes the celebrated 24-Hours of Le Mans. Set to debut in 2022, the new Peugeot 9X8 is a curious looking creation that unlike most racing cars on the planet right now makes do without a rear wing.

“The absence of a rear wing on the Peugeot 9X8 is a major innovative step,” says upbeat Stellantis Motorsport director Jean-Marc Finot.

“We have achieved a degree of aerodynamic efficiency that allows us to do away with this feature. Don’t ask how, though! We have every intention of keeping that a secret as long as we possibly can.” 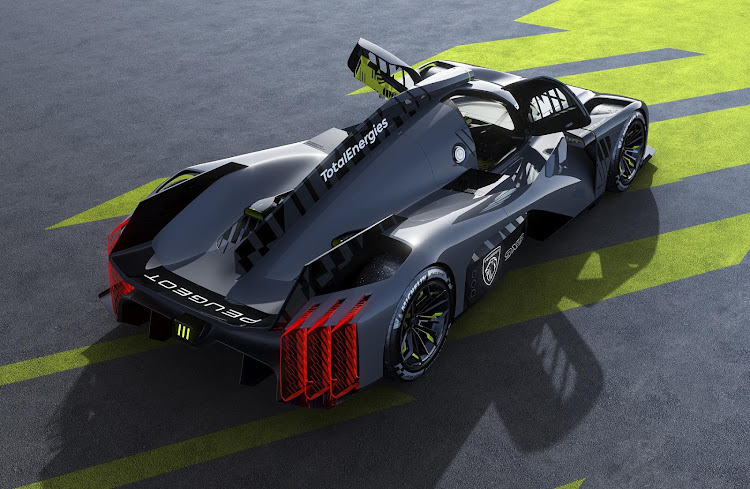 The 9X8 runs without a conventional rear wing.
Image: Supplied

Indeed, unlike its more conventional rivals the Peugeot 9X8 generates all required downforce via its body panels. Special aerodynamic appendages built into the car's bodywork allow for this to be tweaked to suit the demands of specific circuits. Another benefit to not having a rear wing is a reduction in high-speed drag — something that will pay dividends at tracks like Circuit de la Sarthe, which is renowned for its long straights.

Power is provided by a rear-mounted 2.6-litre twin-turbocharged 90-degree V6 that produces a maximum power output of 500kW. This is delivered to the rear wheels by a seven-speed sequential transmission. Bolstering the V6 and powering the front axle is a front-mounted 200kW motor-generator unit juiced by a 900-volt high-density battery now being co-developed by Peugeot Sport and Saft, a subsidiary of TotalEnergies. 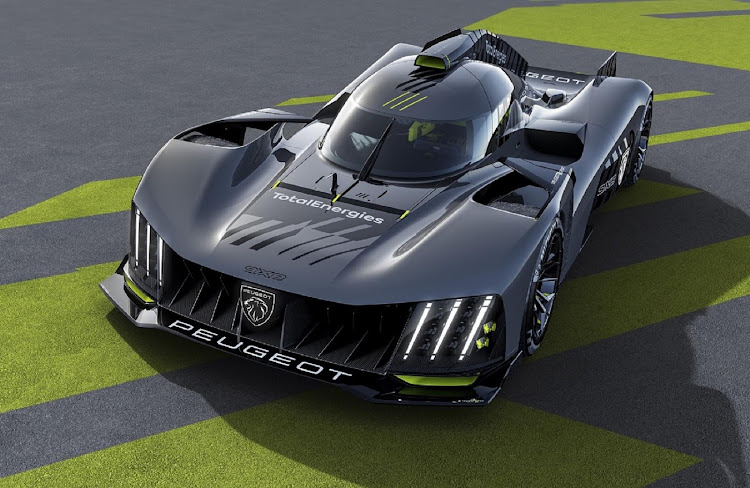 “Our target with regard to our energy requirements is flawless reliability and perfect control,” explains Jean-Marc Finot.

“Le Mans has become a 24-hour sprint race that can be won or lost by the number of times you pit. The exceptional energy-efficiency of the new hypercars prefigures what we will see shortly in the world of road cars. This consideration had a fundamental influence on our work on the Peugeot 9X8 package, every aspect of which needs to contribute to achieving hyper-efficiency, from its power train to its aerodynamics,” he concludes.

Red Bull boss Christian Horner fears that by penalising drivers for what might be seen as racing incidents, Formula One risks the equivalent of a ...
Motoring
1 year ago

Seven-time world champion Lewis Hamilton will be staying in Formula One for the next two years at least after he and Mercedes announced a contract ...
Motoring
1 year ago