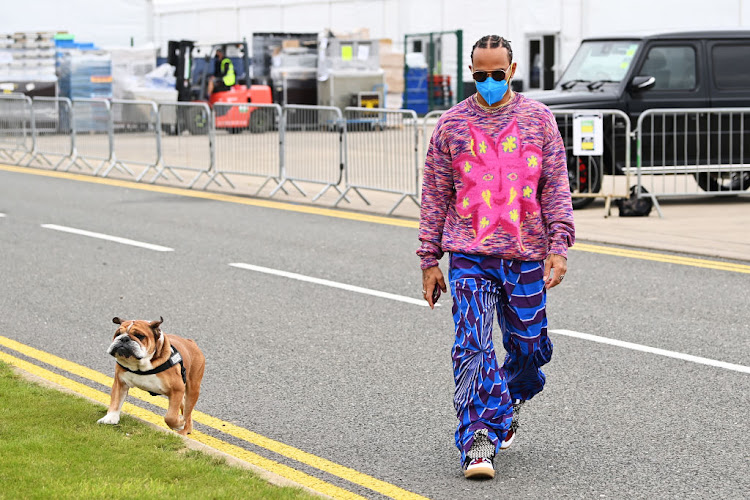 Lewis Hamilton walks in the Paddock during previews before the F1 Grand Prix of Great Britain at Silverstone on July 15, 2021 in Northampton, England.
Image: Michael Regan/Getty Image

Seven times Formula One world champion Lewis Hamilton said he was inspired by the reaction of England soccer players to online abuse after their penalty shootout loss to Italy in the European championship final.

The Mercedes driver, gearing up for his home British Grand Prix at Silverstone on Sunday, agreed with winger Jadon Sancho who posted on social media that the public response showed “hate will never win”.

“We do have a long way to go, we need to grow from these experiences but I was really, really proud of how the England squad performed and how they handled it as a team, all coming from different backgrounds.

“And particularly those individual players who were in the line of fire. How they handled it, hats off to them. Incredibly inspiring.

“So many people throughout the country have been massively supportive. We're a proud nation but it doesn't mean we can't continue to learn,” he added.

Hamilton is chasing a record-extending eighth win at Silverstone but is 32 points behind Red Bull's Max Verstappen after nine races.

Formula One offered fans a glimpse of the future on Thursday with a presentation of what cars will look like next season when the sport undergoes a ...
Motoring
1 week ago

McLaren CEO Zak Brown is isolating after testing positive for Covid-19 but the team's preparations for their home British Grand Prix at Silverstone ...
Motoring
1 week ago

Top three in F1 Sprint qualifying to be awarded wreaths

The top three finishers in a new Sprint qualifying race that debuts at the British Grand Prix on Saturday will be awarded old-style laurel wreaths in ...
Motoring
1 week ago