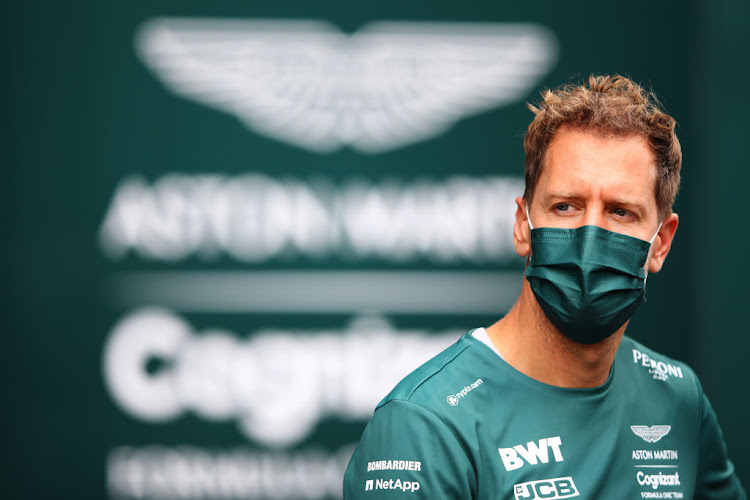 Sebastian Vettel looks on in the Paddock during previews ahead of the F1 Grand Prix of Great Britain at Silverstone on July 15, 2021 in Northampton, England.
Image: Mark Thompson/Getty Images

Formula One champions Nico Rosberg and Sebastian Vettel have criticised the decision to award pole position at the British Grand Prix to the winner of a new Saturday sprint race.

The new format, trialled for the first time at Silverstone this weekend, sees a qualifying session on Friday for the 100km sprint event on Saturday that will decide the grid for Sunday's grand prix.

Pole position has been secured until now by the driver who posts the fastest time in final qualifying but in this case Formula One and the governing FIA are reducing the focus on a single lap and effectively rewarding a race winner instead.

The decision has triggered debate about the sport's statistics, and whether it devalues past poles.

“If this is a one-off then it doesn't do much harm. But if we end up having 10 sprint races next year or in the future, then I think it's just a bit weird.

“It's a new discipline, so they didn't have it 50 years ago and now we have it. So then we just add a new column to the statistics,” added the Aston Martin driver who has 57 poles to his credit.

Vettel said having only a one hour free practice session before Friday qualifying at least meant less hanging about and more action on track.

Now-retired Rosberg, who achieved 30 poles and was world champion with Mercedes in 2016, agreed with his fellow German's stance in a post on Twitter.

“This is not the right decision. Pole 100% has to go to the fastest guy in qualifying. The sprint race winner should not be awarded pole position. That will totally cannibalise the historic F1 statistics,” he said.

McLaren Formula One driver Lando Norris said he struggled to sleep after being mugged at the European soccer championship final last weekend but ...
Motoring
11 months ago

Seven times Formula One world champion Lewis Hamilton said he was inspired by the reaction of England soccer players to online abuse after their ...
Motoring
11 months ago

Mercedes should be closer to Formula One leaders Red Bull at this weekend's British Grand Prix but there will still be a performance gap, seven times ...
Motoring
11 months ago