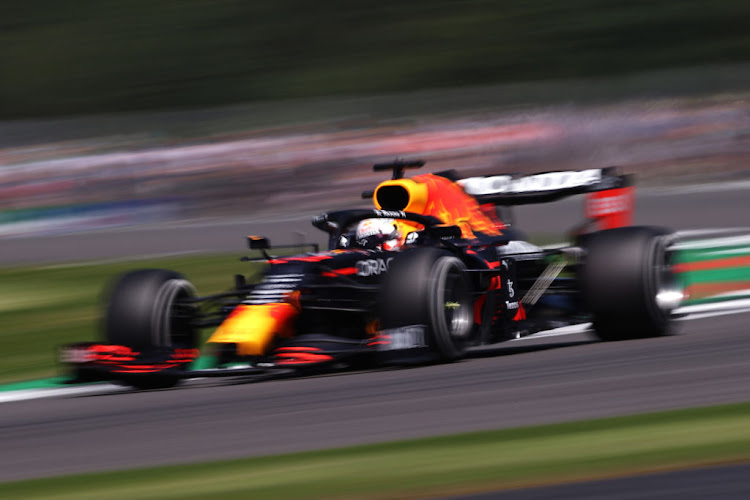 Max Verstappen during practice ahead of the F1 Grand Prix of Great Britain at Silverstone on July 17, 2021 in Northampton, England.
Image: Lars Baron/Getty Images

Red Bull's Formula One championship leader Max Verstappen was fastest in final practice for the British Grand Prix although lap times were largely meaningless as teams focused on preparations for Saturday's first ever sprint qualifying.

Formula One is trialling a new format at Silverstone, with a 17-lap race deciding the starting grid for Sunday's headline grand prix.

The grid for the sprint was decided on Friday, with Mercedes' seven-times world champion Lewis Hamilton taking the top slot and Verstappen alongside on the front row.

Verstappen's lap of 1:29.902 seconds, set early on a sunny afternoon with a big crowd in attendance, was 0.375 quicker than Ferrari's Charles Leclerc, whose Spanish team mate Carlos Sainz was third fastest.

Hamilton was eighth, with team mate Valtteri Bottas ninth, but the focus was on long runs with more fuel on board. McLaren's Lando Norris and Daniel Ricciardo were sixth and seventh respectively.

Verstappen is 32 points clear of Hamilton after nine races but that could change on Saturday, with three points awarded to the sprint winner, two for second and one for the third finisher.

Sunday's race is as normal, with 25 points for the winner plus one for the fastest lap.

Seven-time world champion Lewis Hamilton will start Formula One's first Saturday sprint from the front of the grid after lapping fastest in a Friday ...
Motoring
6 months ago

Formula One champions Nico Rosberg and Sebastian Vettel have criticised the decision to award pole position at the British Grand Prix to the winner ...
Motoring
6 months ago