Thai MotoGP round cancelled due to Covid-19 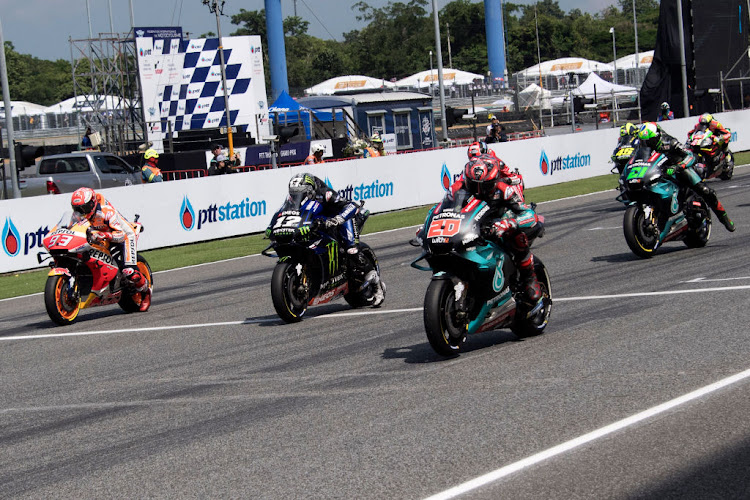 The 2021 MotoGP of Thailand has been cancelled due to the Covid-19 pandemic.
Image: Mirco Lazzari gp/Getty Images

Motorcycling's Thailand Grand Prix, scheduled to be held at the Chang International Circuit in October, has been cancelled due to the Covid-19 pandemic, MotoGP said on Wednesday.

The race, initially set to be the 16th round of the season, had been scheduled for October 15-17.

“Despite the best efforts of all parties involved, the ongoing Covid-19 pandemic and resulting restrictions have obliged the cancellation of the event,” MotoGP said in a statement, adding that it is working on a replacement race.

Thailand has recorded more than 420,000 Covid-19 infections and 3,408 deaths, according to a Reuters tally.

The Thai Grand Prix is the third Asian race to be cancelled due to Covid-19 after the Australian and Japanese rounds. The Finnish Grand Prix was also cancelled, with the Styrian Grand Prix added in its place.

Formula One's motorsport head Ross Brawn has urged Max Verstappen and Lewis Hamilton not to let their title battle boil over after the pair collided ...
Motoring
2 weeks ago

Lewis Hamilton might not have won his home British Grand Prix on Sunday without the race being halted after he and Red Bull's Max Verstappen collided ...
Motoring
2 weeks ago