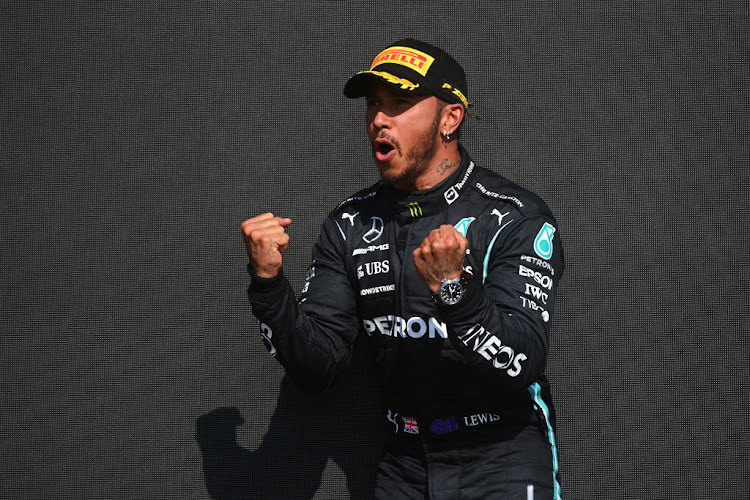 Seven-time Formula One champion Lewis Hamilton made a personal pledge of £20m (roughly R417.2m) on Tuesday as he launched a new foundation, Mission 44, supporting underrepresented young people in Britain.

The money will support organisations and programmes that narrow the gap in employment and education through partnerships, collaborations, grant giving and advocacy, a statement said.

The Mercedes driver's brand partners and sponsors will also be contributing.

“Mission 44 represents my commitment to create real change within this community,” said the Briton, who could celebrate a record-extending 100th career win at this weekend's Hungarian Grand Prix.

“In my early life, I experienced first-hand how coming from an underrepresented background can affect your future but, luckily for me, I was able to overcome those odds through opportunity and support,” sport's only Black driver said.

“I want to ensure that other young people from similar backgrounds are able to do the same.”

Hamilton has raced from early on with the number 44 on his car, rather than the number one reserved for a reigning champion.

Mercedes have launched a joint charitable initiative, Ignite, with Hamilton to support greater diversity in motorsport. That will sit under the Mission 44 umbrella.

A commission founded a year ago by Hamilton to help motorsport engage more young people from Black backgrounds issued its report this month.

Led by the Royal Academy of Engineering, it made 10 recommendations for change.

Among barriers to diversity were hiring from a select group of top universities, the rural locations of teams and systemic underachievement in schools.

“The findings of The Hamilton Commission and its recommendations have provided us with a fantastic basis to begin our work,” said Hamilton.

“Change within the industry is long overdue, but we are now firmly on the journey towards transforming it for the better.”

Mercedes team boss Toto Wolff said Ignite would complement the team's own Accelerate 25 programme and bring more talent from underrepresented groups into Formula One and the wider motorsport industry.

Saudi Arabia would be willing to step in and host an extra race this year to help Formula One fill a gap on the calendar due to the Covid-19 ...
Motoring
10 months ago

The Italian Grand Prix at Monza in September will feature Formula One's second sprint race after the experimental format made its debut at ...
Motoring
10 months ago