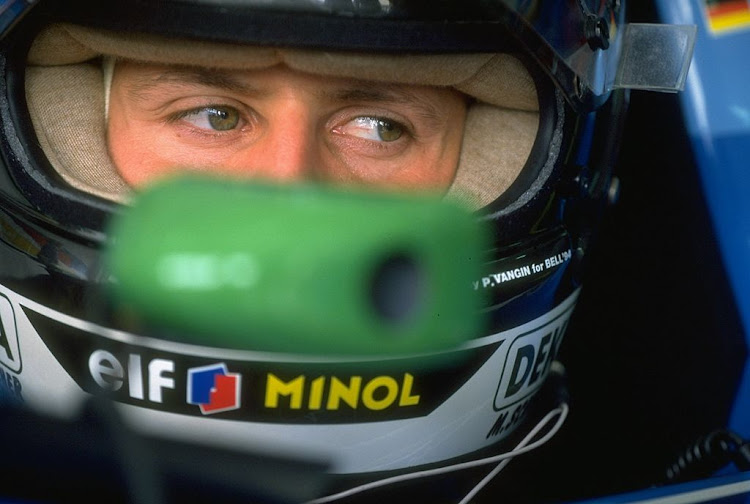 A portrait of Michael Schumacher in his Benetton Ford before the start of the 1994 European Grand Prix at the Jerez circuit in Spain. Schumacher won the race.
Image: Pascal Rondeau/Allsport

Netflix will air a documentary series on Formula One great Michael Schumacher from September 15, the online streaming platform said on Friday.

Approved by his family, Schumacher features interviews with his wife and children, including F1 racer son Mick, and other past and present drivers, Netflix said.

Schumacher, 52, who won a record seven F1 titles, since equalled by Briton Lewis Hamilton, has not been seen in public since suffering severe head injuries in a skiing accident in 2013.

Formula One stewards dismissed Red Bull's petition for a review into the collision that took place between their championship-leading driver Max ...
Motoring
1 month ago