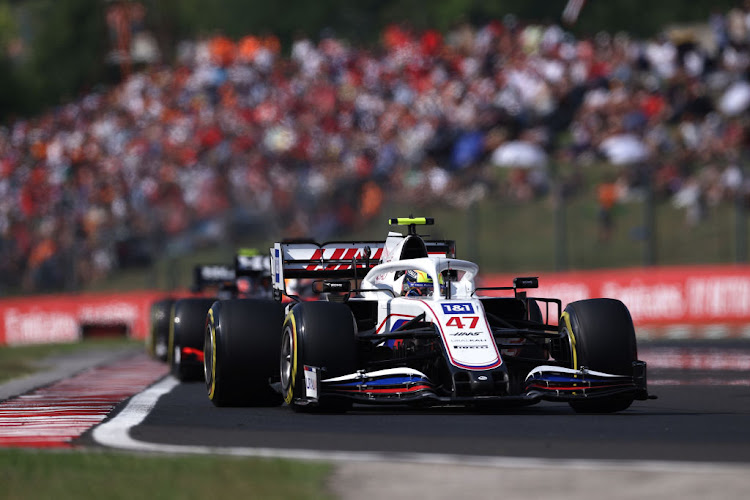 Mick Schumacher during the F1 Grand Prix of Hungary at Hungaroring on August 1 2021 in Budapest, Hungary.
Image: Lars Baron/Getty Images

Both are Ferrari Academy graduates and Ferrari provides engines to both teams.

“Mick Schumacher's first season is a learning one, without pressure, and we're talking with Haas to confirm him there,” Binotto said in an interview in Italy's Gazzetta dello Sport newspaper on Tuesday. “Giovinazzi remains our reserve driver ... he's growing every year and I hope he can stay at Alfa, he deserves it.”

There has been some speculation that Schumacher, 22-year-old son of Ferrari's seven times world champion Michael, might move up to Alfa, who have been more competitive than tail-enders Haas.

Ferrari are third overall in the championship after 11 races, level with McLaren on points but ahead on placings.

Binotto said that was the most that could be hoped for, with Mercedes and Red Bull in a battle of their own for the titles.

Ferrari will have a boost on the engine side later in the year but not before the next two high-speed races in Belgium and Italy.

“We will have an evolution of the power unit further ahead, not at Monza,” said Binotto. “The rules allowed us to introduce a new unit at the start of the season but we just changed some parts. So we can make some changes which will help in a significant way and can foreshadow the 2022 power unit.”

Formula One engine manufacturers can make one upgrade of each component per year.

Drivers Charles Leclerc and Carlos Sainz are already on their third engines of the season and face grid penalties if they use a fourth.

McLaren Racing has agreed to take a 75% stake in the Arrow McLaren SP IndyCar team after making a full-time return to the US-based series last year, ...
Motoring
10 months ago

Aprilia MotoGP rider Lorenzo Savadori has undergone surgery to a broken ankle after a fiery crash in Austria at the weekend, the Italian manufacturer ...
Motoring
10 months ago

The Alpine Formula One team have parted company with their long-serving engine technical director Remi Taffin, they confirmed on Monday
Motoring
10 months ago