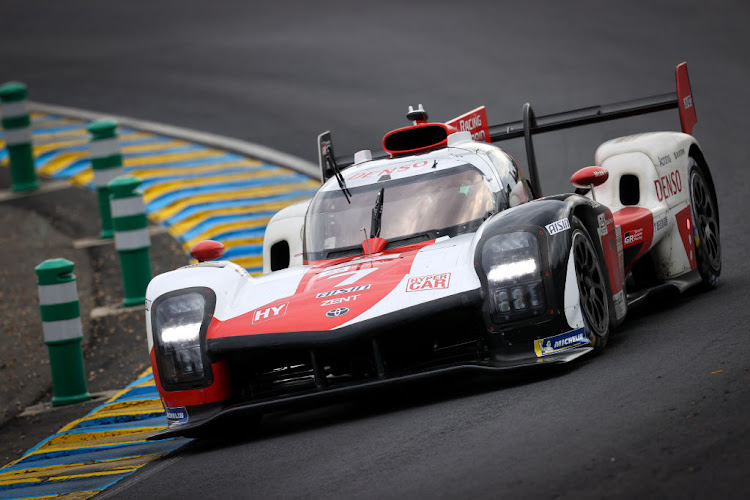 Toyota were heading for a fourth successive overall victory in the 24 Hours of Le Mans on Sunday with their hybrid Hypercars running first and second with four hours of the race remaining.

The Alpine A480-Gibson driven by Brazilian Andre Negrao and French pair Nicolas Lapierre and Matthieu Vaxiviere was in third place but four laps down.

The number eight car has won the Le Mans overall title for the past three years with the drivers of the seven suffering repeated heartbreak.

Kobayashi has now qualified fastest in four of the last five editions but he and his team mates, the reigning world endurance champions, have yet to win the greatest race on the sports car calendar.

Last year the crew lost half an hour in the garage with a turbo problem, that could have proved terminal just after the halfway mark, and finished third.

In 2019 the number seven car led most of the way but had to stop twice at the end of the race, once for a puncture and then because of a wrong tyre change during the initial stop which dropped it to second place.

This year's Le Mans is the 89th edition of the race and the first of the new Hypercar era.

Champions Toyota settled into a one-two lead in the Le Mans 24 Hours with a third of the distance gone after a wet start and plenty of spins and ...
Motoring
9 months ago

Champions Toyota led one-two after the first two hours of a wet Le Mans 24 Hours on Saturday with plenty of spins and collisions around the slippery ...
Motoring
9 months ago

The World Endurance Championship (WEC) and its Le Mans 24 Hours showcase will switch in 2022 to a 100% renewable fuel derived partly from French wine ...
Motoring
9 months ago