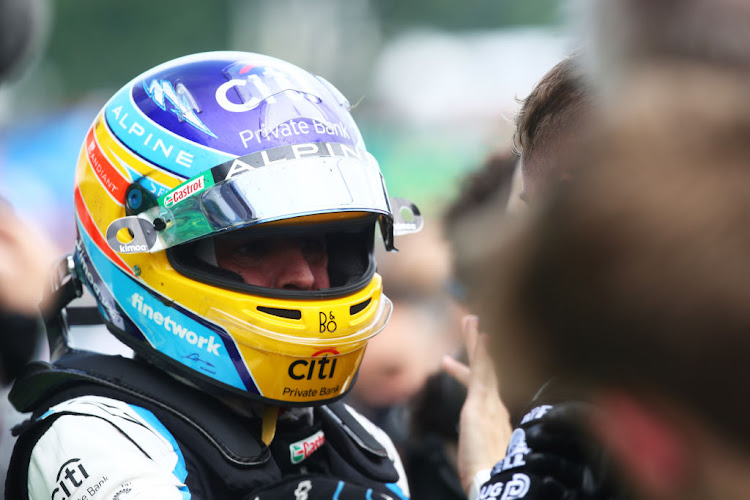 Fernando Alonso will stay at Alpine for the 2022 season.
Image: Mark Thompson/Getty Images

Double Formula One world champion Fernando Alonso will remain at the Alpine F1 team for a second season in 2022, the team said on Thursday.

The 40-year-old Spaniard, who had teased a "big announcement" in a coded message on Twitter on Wednesday, will continue to race alongside Frenchman Esteban Ocon who was handed a fresh three-year deal by the Renault-owned team earlier this season.

"I’m very happy to confirm the contract extension with Alpine F1 Team into 2022," Alonso, who won both his championships with the Enstone-based team when it raced as Renault in 2005 and 2006, said in a statement ahead of this weekend's Belgian Grand Prix.

"I felt at home the moment I returned to this team and have been welcomed back with open arms."

Alonso, winner of 32 races, made his Formula One comeback this year after two seasons out during which he competed in the World Endurance Championship and the Dakar rally.

He played a pivotal role in securing team mate Ocon's maiden win at the last race in Hungary by holding up the charging Mercedes of Lewis Hamilton. His fourth-place finish in that race was his best result of the season.

The Spaniard is currently 11th in the overall standings with 38 points.

Continuing the journey for 2022. Read the full announcement below 🔗#Alonso2022 #BelgianGP

"Fernando has impressed us all since he returned to the sport at the beginning of this year," said Alpine CEO Laurent Rossi.

"His performance in Hungary was another example of his racing pedigree and reminded everyone how skilled a driver he is."

Alpine who are now fifth in the overall standings are looking to next year, when a major rules overhaul aimed at encouraging closer racing and a more restrictive budget cap could level the playing field, as an opportunity to move up the field.

Alonso is hoping to lead their charge.

"It’s been a tricky season for everyone, but we’ve shown progress as a team and the result in Hungary serves as a good example of this progression," said Alonso.

"I have been a big supporter of the need for a level playing field and change in the sport and the 2022 season will be a great opportunity for that."

Max Verstappen all fired up for Spa fightback

Max Verstappen will be keen to put on a show for his army of orange-clad fans when he heads into Sunday's Belgian Grand Prix ready to strike back in ...
Motoring
8 months ago

Double Formula One world champion Fernando Alonso hinted at an imminent 'big news' announcement in a teasing Twitter message posted in code on ...
Motoring
8 months ago