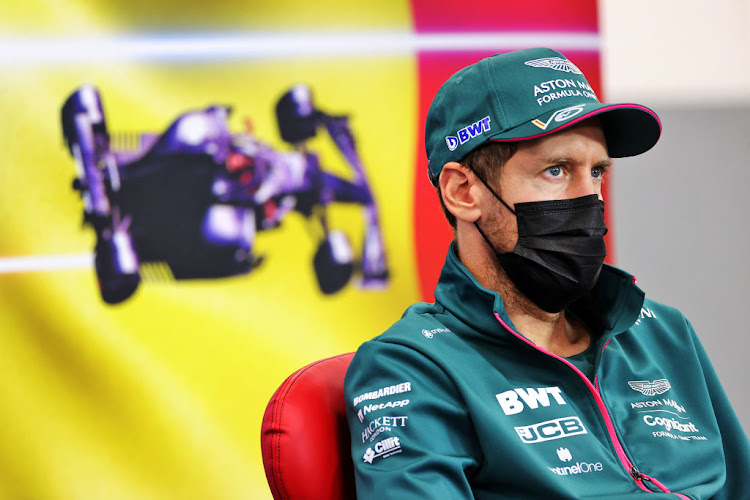 Sebastian Vettel ahead of the F1 Grand Prix of Belgium at Circuit de Spa-Francorchamps on August 26 2021 in Spa.
Image: Laurent Charniaux - Pool/Getty Images

Sebastian Vettel described his disqualification from a second-placed finish at the Hungarian Grand Prix as "bitter" and called for more tolerance to be written into Formula One's rules.

The German four-time champion crossed the line behind Alpine's race-winning Frenchman Esteban Ocon to take what should have been his second podium finish for new team Aston Martin in the August 1 race.

However, he was excluded after his car was found not to have the mandatory litre of fuel to provide a post-race sample, elevating Mercedes' championship leader Lewis Hamilton to second.

"It’s very bitter because we did not have an advantage, and there was no intention or no way we could explain that too little fuel was in the car," the 34-year-old said via video conference at the Belgian Grand Prix.

"Looking back I think it’s clear — the rules are as they are and we were disqualified.

"Looking forward I understand better because I was the one who suffered from it. You don’t wish that to happen to anyone else and it should probably have a little more tolerance."

Aston Martin, seventh out of 10 teams in the overall standings, also lost out on crucial points in the midfield constructors' battle.

They initially sought a review of the disqualification. The request was dismissed by stewards and the Silverstone-based squad subsequently withdrew their appeal, believing proceeding with it outweighed the benefits of it being heard.

Vettel, who has 122 career podiums but has finished in the top three just twice since his win in the 2019 Singapore Grand Prix for Ferrari, said he had at least had a chance to go up on the podium to celebrate, albeit ultimately in vain.

"You look back and you have nice memories but a bit of a bad taste left knowing you were disqualified," he said.

Mick Schumacher will follow in his father Michael’s footsteps at this weekend’s Belgian Grand Prix when he races a Formula One car around ...
Motoring
11 months ago

Double Formula One world champion Fernando Alonso will remain at the Alpine F1 team for a second season in 2022, the team said on Thursday
Motoring
11 months ago