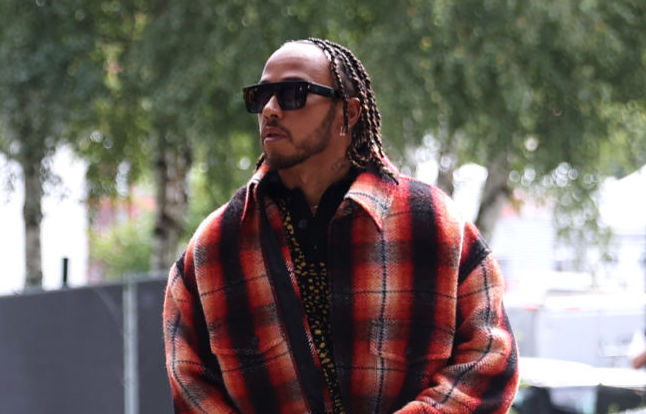 Lewis Hamilton walks in the Paddock during previews ahead of the F1 Grand Prix of Belgium at Circuit de Spa-Francorchamps on Thursday.
Image: Lars Baron/Getty Images

Seven-times Formula One world champion Lewis Hamilton said he and his Mercedes team would be in better shape for the second half of the season, but the battle with Red Bull and Max Verstappen would be closer and tougher than ever.

The Briton has an eight-point lead over his Dutch rival ahead of the Belgian Grand Prix, a race that starts the second phase and will have plenty of vocal Verstappen fans in attendance.

"It’s going to be close, it’s going to be tough this second half of the season," said Hamilton, who could take a record-extending 100th win on Sunday.

"The first half was definitely one of the toughest and I expect it’s going to be pretty much the same in the second half, if not more difficult."

The 36-year-old said he was excited to get back, had missed working with the team and being in the car, and did not feel more wary of Verstappen's challenge.

It’s been harder for us as we have gone on, we had a bit of a difficult patch, but we got back in terms of operating to how we have in the past.

Verstappen has won five races to Hamilton's four so far this year and would be comfortably ahead but for collisions and misfortune that have left him with only five points from the past two races.

"As we've got through the season they have got stronger and stronger," said Hamilton, whose team has won the past seven successive drivers' and constructors' world championships.

"It’s been harder for us as we have gone on, we had a bit of a difficult patch, but we got back in terms of operating to how we have in the past.

"We have definitely upped our game ... I have no doubts that we will take another step forward in our processes and how we apply ourselves."

Hamilton's health caused concern at the previous race in Hungary when he feared he might be feeling the effects of 'long Covid' after testing positive for the virus in Bahrain in November.

He was reluctant to divulge personal health information on Thursday, but said he had spent the break ensuring he was in better shape and it was no longer a concern for him.

Hamilton has won four times previously at Spa, the longest track on the calendar and one of the fastest, while Verstappen is seeking a first at what was a home circuit before the Dutch Grand Prix was reinstated.

Sebastian Vettel described his disqualification from a second-placed finish at the Hungarian Grand Prix as "bitter" and called for more tolerance to ...
Motoring
11 months ago

Mick Schumacher will follow in his father Michael’s footsteps at this weekend’s Belgian Grand Prix when he races a Formula One car around ...
Motoring
11 months ago