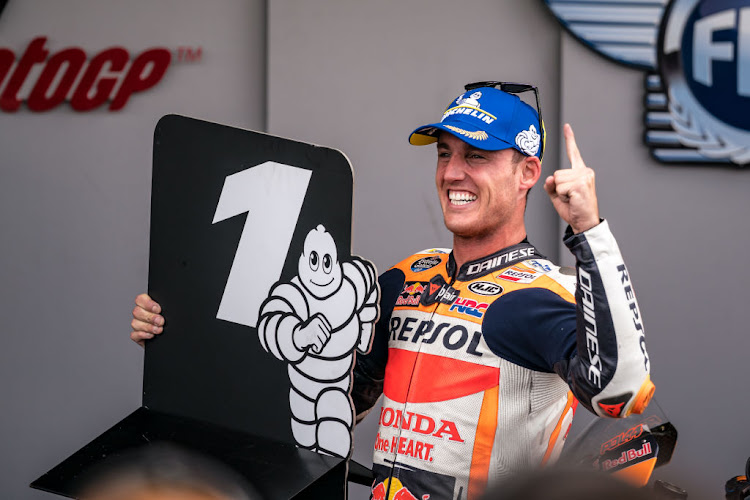 Pol Espargaro shows the number one board at parc ferme during the qualifying session of the MotoGP Monster Energy British Grand Prix at Silverstone Circuit on August 28, 2021 in Northampton, England.
Image: Steve Wobser/Getty Images

Pol Espargaro claimed his first pole position as a Repsol Honda rider after setting the fastest time in qualifying at the British Grand Prix at Silverstone on Saturday.

Rookie Jorge Martin of Pramac Racing looked set for pole by a healthy margin of 0.881 seconds but the lap time was cancelled after it emerged that he had completely missed turn eight, pushing him down to fourth place.

Martin will be joined on the second row by Repsol Honda's Marc Marquez and the Aprilia of Aleix Espargaro.

Former world champion Valentino Rossi, who is set to retire at the end of the season, will start eighth on his Petronas Yamaha.

SRT set to quit MotoGP at the end of the season

The Petronas Sepang Racing Team (SRT), Yamaha's satellite MotoGP team, will cease all racing and non-racing operations at the end of the 2021 world ...
Motoring
3 weeks ago

Dutch driver Beitske Visser and Norwegian Ayla Agren were discharged from hospital after a six-car pile-up in qualifying for the all-female W Series ...
Motoring
3 weeks ago