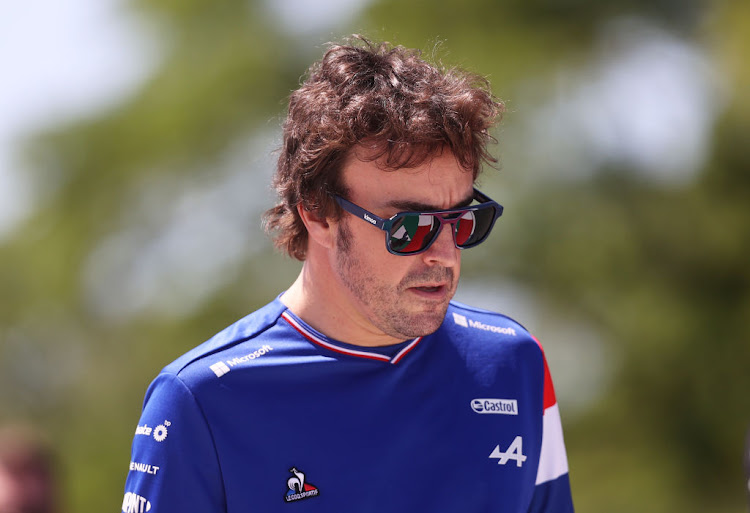 Renault-owned Alpine could one day help Fernando Alonso achieve his dream of winning the Indianapolis 500 to complete the Triple Crown of Motorsport, according to company boss Laurent Rossi.

The Frenchman, who is a huge fan of the 40-year-old Spaniard, told Reuters the sportscar brand had discussed potential projects, even if far down the road, with the double Formula One world champion.

"It could be something we would consider especially if Fernando retires (from F1) and the timing is good and we have a car," Rossi said when asked about Indianapolis after mentioning the Triple Crown.

"We could do it, we could pull it off. We would consider it with a very keen eye because we owe Fernando a lot and it would be good for the brand as well.

"Even though we are not necessarily present in those (US) markets it’s something that’s always good for the brand."

Alpine, the umbrella for all Renault's racing activities, was at Le Mans this year with a rebadged car and is deciding whether to make a full commitment to endurance racing.

That could be with a Hypercar in the Le Mans LMH category or under NASCAR-owned IMSA's LMDh rules when there is convergence from 2023.

"LMDh allows us to race in IMSA so it could be interesting if we were to choose that path to have Fernando, who is a seasoned endurance driver, reinforce our already strong team," said Rossi.

Alonso, who has won both the Le Mans 24 Hours and Monaco Grand Prix twice, said last week when his Alpine contract was extended for 2022 that Indianapolis would always be on his wish list.

A victory in the 500 would make him only the second driver, after the late Briton Graham Hill, to win the F1 title or Monaco along with Le Mans and Indianapolis.

Alonso made his debut at The Brickyard in 2017 with the support of McLaren, his then employers in Formula One, in an Andretti Autosport car.

Alpine already have some connection to IndyCar with the Rahal Letterman Lanigan Racing team providing a car for Danish academy driver Christian Lundgaard in a race at Indianapolis this month.

Rossi said Alonso, who won his F1 titles with Renault in 2005 and 2006 and is making a comeback this year after two seasons out, had been fantastic to work with and a true professional.

"I would love to have 20 people like him, demanding excellence and delivering performance in return," he said.

Alonso finished fourth in Hungary in August, holding off Mercedes's seven-times world champion Lewis Hamilton for 11 laps, and Rossi said the Spaniard had shown he was still one of the best and could go on for some time yet.

"The guy is a true legend of the game. If he performs this way next year it will be almost a professional mistake for me not to carry on with him," he said.

"Why would I not consider that? It’s a luxury for me to have Fernando Alonso at this level of performance."

Alpine are fifth overall in the constructors' standings but Esteban Ocon won in Hungary and a new spirit of optimism can be sensed.

Rossi said the current car had plateaued but the team had learned from mistakes and were prepared for a new era starting in 2022. The plan remained to be in a position to fight for the title by 2024.

Formula One is considering easing some of its strict Covid-19 'bubble' protocols, in force since last year, so teams can entertain sponsors and ...
Motoring
10 months ago

George Russell is the obvious choice for Mercedes as Lewis Hamilton's Formula One teammate next year after his performances with Williams, according ...
Motoring
10 months ago

Sunday's rainswept Belgian Grand Prix will go down in history as Formula One's shortest ever race, and also as a leading contender for most farcical.
Motoring
10 months ago