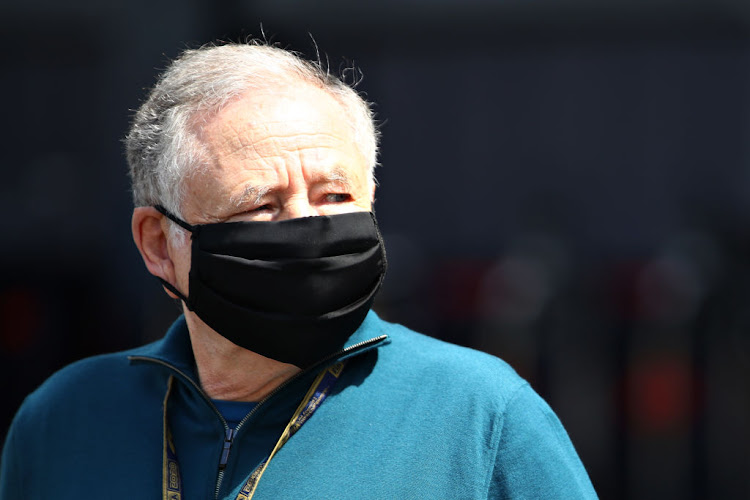 The rain-hit race at Spa-Francorchamps was only the sixth in Formula One history to award half points.

The sporting regulations say this can happen "if the leader has completed more than two laps but less than 75% of the original race distance".

FIA President Jean Todt confirmed the rules were being reviewed.

"The FIA, together with Formula One and the teams, will carefully review the regulations to see what can be learned and improved for the future," the Frenchman said on Twitter.

"The findings, including the topic of points allocation, will be added to the agenda of the next F1 Commission meeting on October 5."

Todt said the race had presented "extraordinary challenges" and the windows in the weather predicted by forecasters had not materialised.

He said he was sorry for the spectators who waited for hours in the wet and cold but the existing regulations had been correctly applied.

The race was Formula One's shortest ever, with Red Bull's Max Verstappen taking the win and 12.5 points to cut Lewis Hamilton's lead to three.

Several teams and drivers questioned the decision to award points when there had been no actual racing.

Alfa Romeo, one of the biggest losers after rivals Williams took 10 points thanks to George Russell's second place and Nicholas Latifi's ninth, were particularly aggrieved.

"This outcome hurts us all, but in particular it hurts fans of the sport who didn’t get the show they came to see," the ninth-placed team, now 17 points behind Williams, said.

"We hope lessons were learnt, lessons that will improve the way we operate in the future and that put the supporters of our sport in the position they deserve to be."

Formula One is considering easing some of its strict Covid-19 'bubble' protocols, in force since last year, so teams can entertain sponsors and ...
Motoring
2 weeks ago

George Russell is the obvious choice for Mercedes as Lewis Hamilton's Formula One teammate next year after his performances with Williams, according ...
Motoring
2 weeks ago

Formula One will review the rules on how long a race needs to run before points can be awarded after bad weather turned Sunday's Belgian Grand Prix ...
Motoring
2 weeks ago