Hamilton 'would be happy' to have 'incredibly talented' Russell as teammate 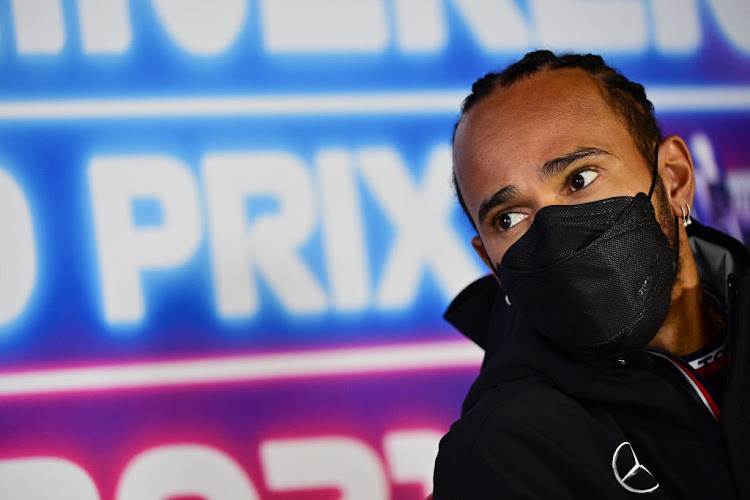 Lewis Hamilton talks in the drivers' press conference during previews ahead of the F1 Grand Prix of The Netherlands at Circuit Zandvoort.
Image: Andrej Isakovic - Pool/Getty Images

Seven-times world champion Lewis Hamilton praised George Russell on Thursday and said he would be happy to have him as his Formula One teammate next season if that was Mercedes' decision.

The 23-year-old Briton is expected to move from Williams and join compatriot Hamilton for 2022 in place of Finland's Valtteri Bottas.

Russell, whose career has been managed by Mercedes, told reporters at Zandvoort ahead of the Dutch Grand Prix that he knew where he would be racing next year and had been informed before last weekend's race in Belgium.

Hamilton's language left little doubt Russell had got the nod.

“I honestly think it will be good,” the champion said when asked how the relationship with Russell might be. “I think George is an incredibly talented driver.

“Probably the only highlight from last week was his qualifying lap, it was amazing,” he added, referring to Russell putting the Williams on the front row at a wet Belgian Grand Prix and finishing second.

The race at Spa lasted for only a handful of laps behind the safety car.

“He's humble, I think he's got a great approach. Naturally, being British I would imagine probably helps in terms of communication,” continued Hamilton.

The Mercedes driver said he had to be “super-supportive” of Bottas as his current teammate, with the pair fighting for the constructors' championship, but Russell represented the future.

“He's already showing incredible driving so far and I’m sure he’s going to continue to grow, so where better to do it than in a great team like this — or what team he goes to,” said Hamilton.

The Daily Mail reported this week that Hamilton was far from happy with Russell becoming his teammate and quoted a “well-placed source” saying the decision had gone down “like a lead balloon”.

The older Briton said on Thursday, however, that he felt he had nothing to prove.

“There will be things we learn from one another. I think it's important that the respect is always there and communication will be at the core of that.”

Russell stood in for Hamilton in Bahrain last season, a race the youngster was unfortunate not to win.

“When you start with someone new it takes time. Even when we have a new engineer or a new mechanic it takes a moment for them to jell in,” said Hamilton. “George has already been on the circuit with us, he’s already done a race with the team, he’s already been in the background while Valtteri and I have been working in the past. So I think he knows the environment well.”

Valtteri Bottas played down hopes of an imminent announcement about his Formula One future on Thursday after fellow-Finn Kimi Raikkonen announced his ...
Motoring
11 months ago

Formula One returns to the Netherlands after 36 years this weekend, thrilling Max Verstappen fans who hope to see their local hero claim victory, but ...
Motoring
11 months ago