Albon's old mates and rivals welcome his return with Williams 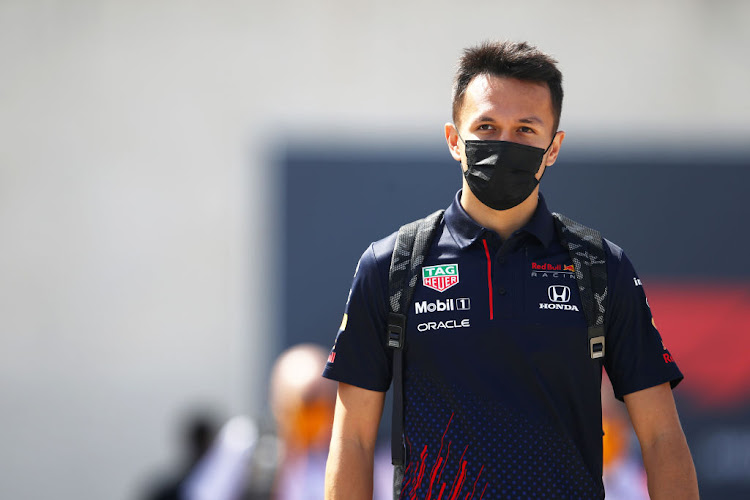 Red Bull Racing reserve driver Alexander Albon will be back on the grid with the Williams F1 team in 2022.
Image: Mark Thompson/Getty Images

Alex Albon's old friends and rivals welcomed on Thursday the announcement that the Thai racer would be returning to Formula One with Williams next season after a year out.

Albon, who lost his Red Bull Racing seat last year and has been that team's reserve, is part of a group of youngsters who have come up racing each other through the junior series and who remain close.

His return was confirmed by Williams on Wednesday before the Italian Grand Prix.

“He's been my team mate, he's a great guy, he's a hard worker and he definitely deserves a spot in Formula One. He has a lot of talent so I'm also very sure he will come back strong and show good results.”

Mercedes-bound George Russell, whose place will be taken by Albon, endorsed the selection after pushing his friend's credentials.

“I definitely told the guys who I thought would be best suited,” the Briton said when asked if he had recommended signing Albon.

“I think Alex's experience managed to tip the scales in his favour.

“Alex is a fantastic driver. He obviously had a tough time at Red Bull but I think he's going to come back even stronger. He's always been there in everything he's ever done and I'm sure the environment at Williams is going to suit him to a T.”

McLaren's Lando Norris, another old rival from Formula Two when Russell was champion in 2018, Norris the runner-up and Albon third, put out a picture on Twitter on Wednesday of the three of them together with the caption “we're back”.

Alpine's 24-year-old French driver Esteban Ocon, who also had to take a year out of Formula One before securing his return, said it was fantastic news.

“He's one of the drivers that deserve that shot. I can imagine how tough that year must have been for him, being in that position,” he said.

“He's been on the simulator and watching from the outside. It's painful, you have to be patient. I'm glad to see him back. I've been racing with him for a very long time and I can't wait to share more memories with him on the track.”

George Russell has nothing to lose at Mercedes, says Hamilton

George Russell has nothing to lose in moving from Williams to Mercedes next season, future Formula One teammate Lewis Hamilton said on Thursday
Motoring
1 week ago

Formula One teams could be obliged to run young drivers in Friday practice sessions from next season to provide an opportunity for fresh talent to ...
Motoring
1 week ago

Polish driver Robert Kubica will stand in for Kimi Raikkonen again for Alfa Romeo at Monza in Italy this weekend after the Finn continued to isolate ...
Motoring
1 week ago