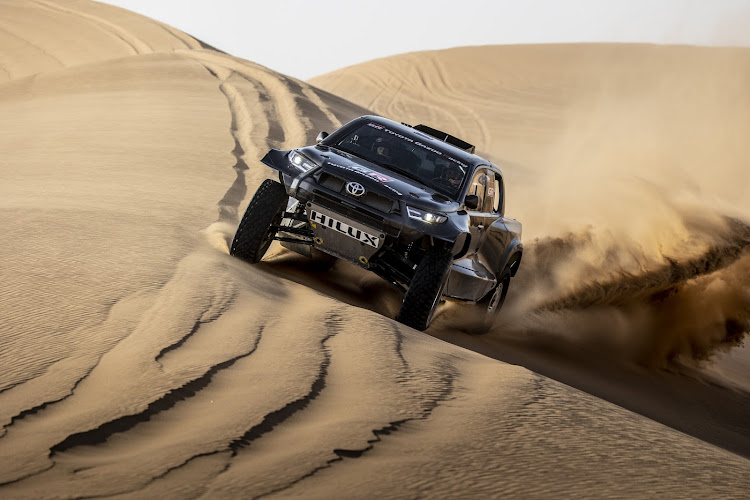 Toyota Gazoo Racing confirmed on Wednesday that it will be entering a four-crew team in the upcoming Dakar Rally taking place in Saudi Arabia from January 2 to 14 2022.

The team will also be fielding an all-new Toyota GR DKR Hilux T1+, which conforms to the updated regulations for the T1 category. The prototype car, in temporary raw carbon fibre finish, is undergoing testing in preparation for an official reveal later in 2021.

“We are pleased to announce a team that is very similar to last year,” says Toyota Gazoo Racing team principal, Glyn Hall. “With Nasser and Giniel heading up our attack, and Henk gaining confidence, we are excited to take on the 2022 edition of the Dakar Rally. Our new GR DKR Hilux T1+ is progressing well, and we are confident that the new car will allow us to compete on a new level, come January.”

According to Toyota the new GR DKR Hilux T1+ will share components with the race-proven Hilux that was first introduced in 2018 and won the race in 2019. However, for 2022 it will feature a full complement of improvements, including bigger tyres that are taller in profile (37-inches up from 32-inches) and wider in tread, growing from 245mm to 320mm. The new challenger also offers up more suspension travel – 350mm up from 280mm. 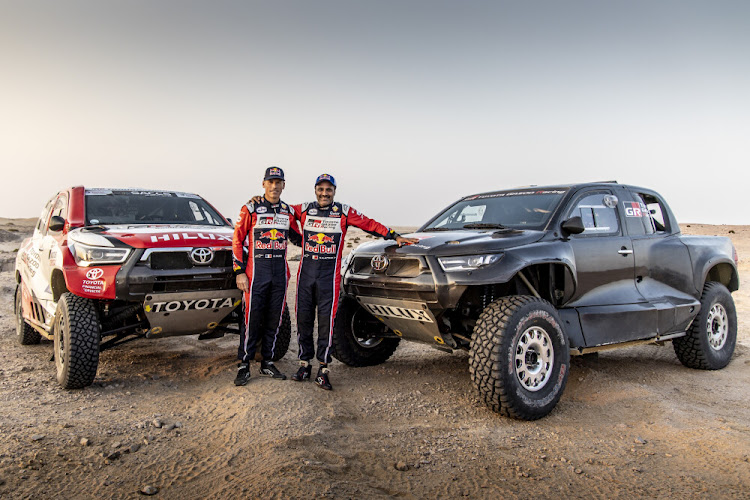 Pop the hood and you'll find a new 3.5-litre twin-turbocharged V6 petrol engine sourced from the recently launched Toyota Land Cruiser 300. In standard trim this unit produces 305kW and 650Nm but here you can expect these numbers to be significantly higher.

The 2022 Dakar Rally will again be based solely in the Saudi Arabian desert, though the race follows a clockwise route this time. The race will start on January 2 in the northern city of Ha’il, before traversing southward to the Empty Quarter. The rest day will be in the Saudi capital of Riyadh on January 8, before the race heads south-west to the finish in the city of Jeddah on January 14.

The race will kick off with a prologue to determine the starting positions for Stage 1. Two looped stages will also feature on the route, though the details are yet to be announced by the organisers. Finally, the traditional Marathon Stage will see the crews race away from the main bivouac to an unsupported encampment for an overnight stop, before racing back to rejoin their technical crews at the main bivouac. This is a challenging part of the race, that often plays a major role in its outcome.

“I am very happy to be back with the Toyota Gazoo Racing team for Dakar 2022,” says the experienced Al-Attiyah. “We won the race together in 2019, and now we have a new bullet coming. I am excited for our prospects, especially with the new GR DKR Hilux T1+, which is definitely faster and more capable than the previous car.”

Former McLaren team principal Martin Whitmarsh is returning to Formula One in October in a new senior management role with Silverstone-based Aston ...
Motoring
7 months ago