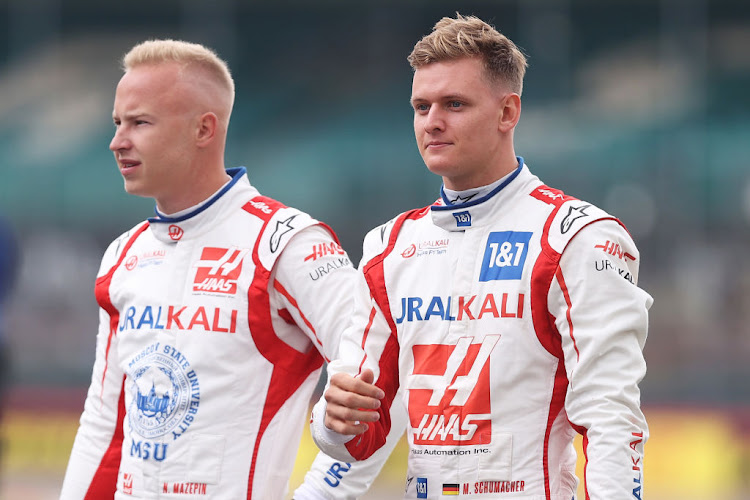 Haas F1 confirmed on Thursday that Nikita Mazepin, left, and Mick Schumacher, right, will both remain at the team for the 2022 season.
Image: Lars Baron/Getty Images

Nikita Mazepin and Mick Schumacher will continue to race for Formula One tail-enders Haas next season, the US-owned team confirmed on Thursday.

The Russian and German 22-year-olds are in their rookie season, with Haas the only team yet to score a point in 2021. Next year will be Haas's seventh season.

Mazepin is the son of a Russian billionaire who controls the team's title sponsor Uralkali, while Schumacher is the son of Ferrari great and seven-time world champion Michael.

Ferrari provides the team's engines, with Schumacher a member of their driver academy.

Team boss Guenther Steiner said in a statement that the team wanted continuity for 2022, the start of a new era with major rules changes, after a learning year for both drivers.

“It’s been a tough season for sure with the package we’ve had, but at the same time they’ve both embraced the challenge and worked closely with the team to learn our processes and adapt to the rigours of a Formula One campaign,” he said.

“Now as we look ahead to the 2022 season, we’re confident we can move forward as a team and give Mick and Nikita a competitive race package to make the next step in their Formula One careers.”

The pair have clashed on track this season, with the team having to step in to calm things down.

“By being part of the Formula One field, I am living my dream,” said Schumacher, who looked forward to fighting for points.

Ferrari racing director Laurent Mekies said in a separate statement that 2020 F2 champion Schumacher had shown “speed, determination, a strong work ethic and a desire and ability to learn.

“We are very confident that he will continue to make even more progress in a team that shares his ambitions,” he added.

Mazepin, Russia's sole current F1 driver and preparing for a home race in Sochi this weekend, said he was excited for 2022.

“I think we will come out strong next year,” he added.

Lewis Hamilton has every chance of celebrating a record-extending 100th Formula One victory on Sunday, but the seven-times world champion can still ...
Motoring
7 months ago