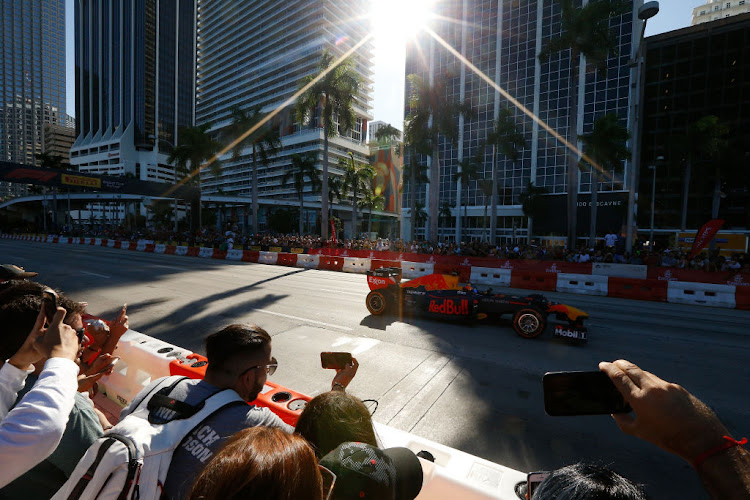 Miami has been given a May 8 date for the city's first Formula One race around the Hard Rock Stadium next year, organisers said on Thursday.

“There has been tremendous enthusiasm and anticipation for this event, and we’re happy to be able to announce the date so that people can start planning for it,” said Miami Grand Prix managing partner Tom Garfinkel.

Miami will be the 11th location Formula One has raced at in the US since the world championship started in 1950.

Florida last featured on the calendar in 1959 when Sebring hosted a season-ender won by New Zealander Bruce McLaren.

The Hard Rock Stadium belongs to real estate mogul and owner of the Miami Dolphins NFL team Stephen Ross, who is funding construction of the track and covering race costs.

Formula One's 2022 calendar is not due to be published until next month but some venues have announced provisional dates.

Silverstone is selling tickets for the British Grand Prix on July 3 next year.

Max Verstappen hit back with sarcasm on Thursday after seven-times Formula One world champion Lewis Hamilton suggested his young Red Bull rival was ...
Motoring
4 months ago

Nikita Mazepin and Mick Schumacher will continue to race for Formula One tail-enders Haas next season, the US-owned team confirmed on Thursday
Motoring
4 months ago

Alfa Romeo's Kimi Raikkonen will return for this weekend's Russian Grand Prix in Sochi after missing the last two Formula One races because of a ...
Motoring
4 months ago