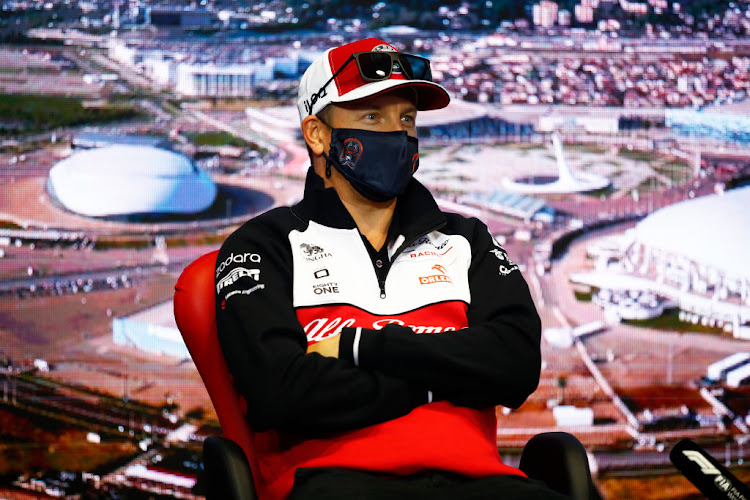 Kimi Raikkonen talks in the drivers' press conference during previews before the F1 Grand Prix of Russia at Sochi Autodrom on September 23 2021 in Sochi.
Image: Xavier Bonilla - Pool/Getty Images

Alfa Romeo's Kimi Raikkonen will return for this weekend's Russian Grand Prix in Sochi after missing the last two Formula One races because of a positive Covid-19 test.

The 2007 world champion said on Thursday it was good to be back behind the wheel.

“Obviously nobody wants to test positive, but it happened and we had to follow the rules: but that is all in the past and now my focus is on Sochi,” the 41-year-old Finn said in a team press release.

“The team has shown some potential in the last few races, now we need to convert that into a good result.

“I don’t think being back will feel any different, I just want to get on with my job and hopefully have a good race,” he said.

Alfa Romeo are ninth out of 10 teams and Raikkonen has scored two of their three points so far in 2021.

Raikkonen is retiring at the end of the season, with compatriot Valtteri Bottas moving from Mercedes to take his place at Alfa Romeo.

He was replaced for the Dutch and Italian Grands Prix by Polish reserve driver Robert Kubica.

Alfa are yet to confirm their second driver for 2022, with uncertainty surrounding Italian Antonio Giovinazzi's future.

Lewis Hamilton has every chance of celebrating a record-extending 100th Formula One victory on Sunday, but the seven-times world champion can still ...
Motoring
7 months ago