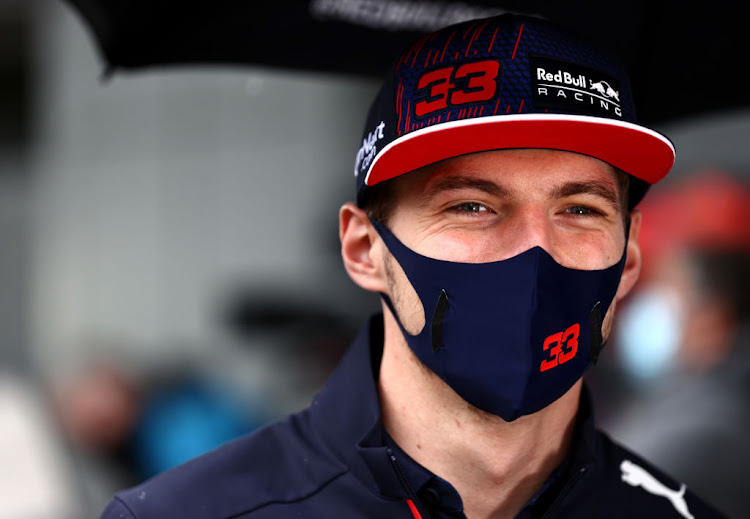 Max Verstappen looks on in the Paddock during previews ahead of the F1 Grand Prix of Russia at Sochi Autodrom on September 23 2021 in Sochi, Russia.
Image: Mark Thompson/Getty Images

Max Verstappen hit back with sarcasm on Thursday after seven-times Formula One world champion Lewis Hamilton suggested his young Red Bull rival was feeling the pressure of a first title tilt.

“I'm so nervous I can barely sleep,” the Dutch 23-year-old told reporters at the Russian Grand Prix when Hamilton's comments were put to him. “It's so horrible to fight for a title. I really hate it,” he added.

Verstappen said those who knew him could testify how relaxed he was.

“I'm very chilled. It's the best feeling ever to have a great car where you go into every weekend and you can fight for a win ... those comments just show you that he really doesn't know me,” he said of his Mercedes rival.

“Which is fine. I also don't need to know him, how he is fully. I just focus on myself and I really enjoy it out there in front and hopefully we can do that for a very long time.”

Verstappen is five points clear of Hamilton after 14 of 22 rounds but has a three-place grid penalty for Sochi after they collided in the previous race at Monza.

Their clashes have become the story of the season as Verstappen and Red Bull seek to end seven years of Mercedes domination and dethrone the most successful driver of all time.

Hamilton had earlier told reporters that he knew from experience what Verstappen was going through.

“Obviously he won’t admit to it and I’m not going to make an assumption,” the Briton added when asked whether he felt the pressure was starting to catch up with Verstappen. “I’m just saying that I remember what it was like when I had my first one and it definitely mounted up. It was difficult, it was intense, I was going through a lot of different emotions and I didn’t always handle it the best.

“That’s to be expected ... there’s a lot of self-expectation and pressure because the desire to win is huge. I empathise and understand that.”

Hamilton won his first championship in 2008 as a 23-year-old with McLaren, in what was his second season. Verstappen is now a veteran of 133 races and in his seventh campaign. 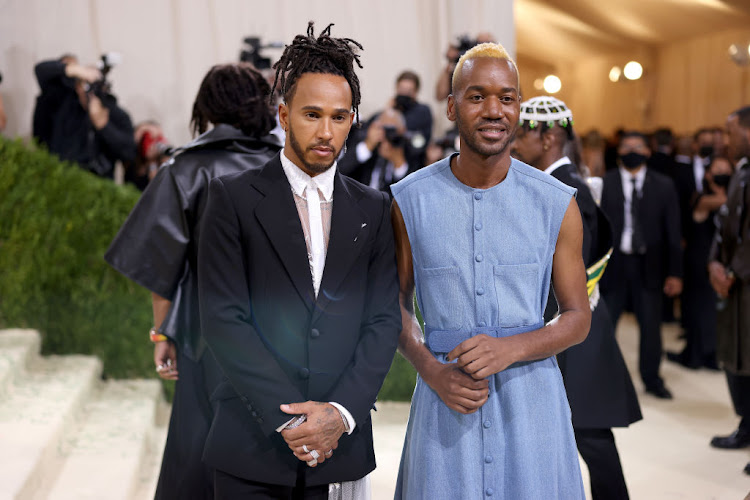 Lewis Hamilton and designer Kenneth Nicholson attend the 2021 Met Gala Celebrating In America: A Lexicon Of Fashion at the Metropolitan Museum of Art on September 13 in New York City.
Image: John Shearer/WireImage

Hamilton said there were no lingering effects from Monza, where Verstappen's car ended up on top of the Mercedes with a rear wheel hitting the Briton's helmet.

He said he had done yoga and acupuncture and his physiotherapist Angela Cullen had flown with him to America, where he attended the Met Gala fashion show in New York.

The 36-year-old batted aside reported comments from Red Bull consultant Helmut Marko questioning how much pain he had really felt.

“I don’t really listen to what these individuals talk about. It’s natural when a car lands on your head that you’re going to have some sort of discomfort,” he said. “I didn’t say I was dying. Just aware that in a millisecond anything can happen. I did feel grateful to come out of it not badly injured and move on.”

Hamilton said he was putting no energy into worrying about more collisions.

“I think what’s important is that we just continue to race hard and fair and I have no doubts that we will both be professional and learn from the past,” he said.

Nikita Mazepin and Mick Schumacher will continue to race for Formula One tail-enders Haas next season, the US-owned team confirmed on Thursday
Motoring
7 months ago

Alfa Romeo's Kimi Raikkonen will return for this weekend's Russian Grand Prix in Sochi after missing the last two Formula One races because of a ...
Motoring
7 months ago