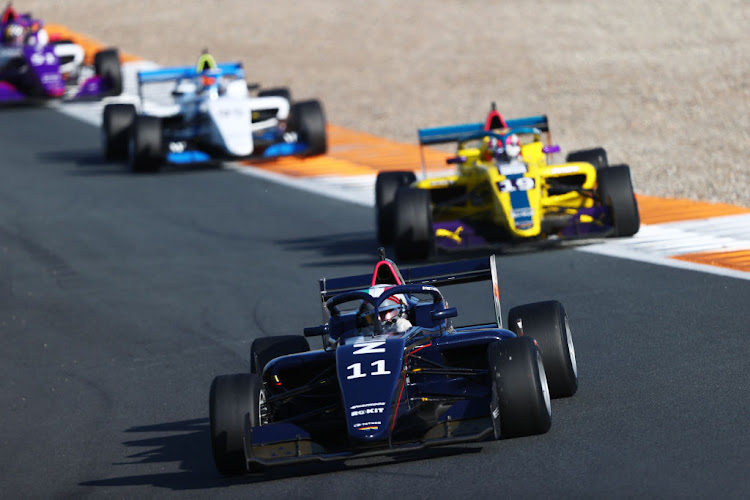 Vicky Piria of Italy and Sirin Racing (11) drives during the W Series Round 6 race at Circuit Zandvoort on September 04, 2021 in Zandvoort, Netherlands.
Image: Bryn Lennon/Getty Images

The all-female W Series, which supports Formula One, has cancelled its Mexican round and will end the season with a race double at next month's US Grand Prix in Austin, organisers said on Thursday.

Mexico would have followed on from Texas but the race at the Autodromo Hermanos Rodriguez has been pushed back to November 7 and paired with Brazil instead.

“The changes to Formula One’s calendar would have resulted in a stand-alone W Series race there (Mexico), which would have been logistically impossible for us,” said CEO Catherine Bond Muir in a statement.

The races in Texas on October 23 and 24 will be the first time W Series has raced outside Europe, as well as the first on the Sunday of a Formula One weekend.

Britons Alice Powell and Jamie Chadwick, the inaugural champion in 2019, are level on points at the top of the standings after six rounds. W Series did not race last year due to the pandemic.

Valtteri Bottas said he would 'take one for the team' if Mercedes asked him to let title contender Lewis Hamilton overtake in Sunday's Russian Grand ...
Motoring
1 month ago

Miami has been given a May 8 date for the city's first Formula One race around the Hard Rock Stadium next year, organisers said on Thursday
Motoring
1 month ago

Max Verstappen hit back with sarcasm on Thursday after seven-times Formula One world champion Lewis Hamilton suggested his young Red Bull rival was ...
Motoring
1 month ago