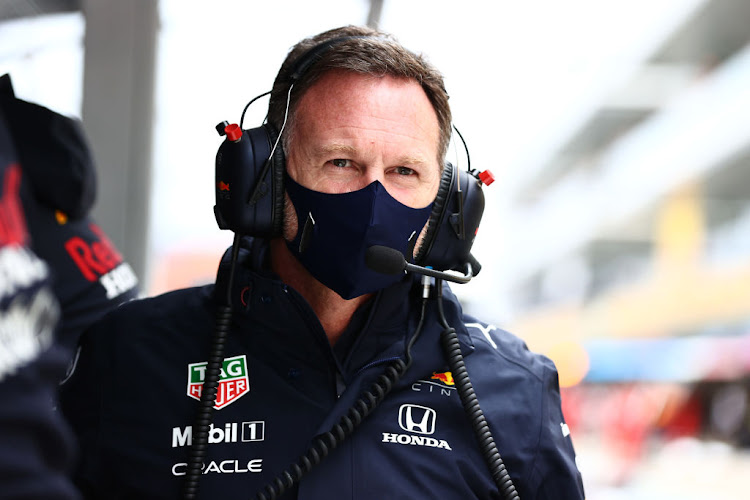 The 23-year-old Verstappen had started last after taking on a new engine that exceeded his permitted allocation, but he crossed the line behind Mercedes title rival Lewis Hamilton, who celebrated his 100th win, after perfectly timing his switch to intermediate tyres during a late rain shower.

“Today was like a victory for us,” Horner told reporters via video conference, adding that pre-race simulations had thrown up fifth place as the best result Verstappen could have achieved.

“To come from 20th on the grid to second, I think if anybody had offered us that we would have bitten your arm off.”

Having gone into the weekend with a five-point lead over Hamilton in the championship battle, Verstappen leaves Russia with a two-point deficit to his British rival.

But, crucially, the Dutchman got his power-unit penalty out of the way, with Hamilton possibly still needing to take an extra power unit and associated grid drop at a later race.

Horner said the rain, and Verstappen’s call to pit for the intermediate tyres, had been crucial to securing the result.

Struggling with graining on his tyres, Verstappen was running sixth before the shower hit and had even been overtaken by the Alpine of Fernando Alonso.

“Max got the call right to go on the inters and it worked out well for him,” said Horner.

“The rain the last five laps came at the right time.”

Sunday's race in Sochi, where Hamilton's win defended Mercedes's unbeaten run at the track, and the previous race at Italy's Monza, where the two title rivals collided and crashed out, were held at venues that have traditionally suited the champions.

With seven races to go, Horner said it was all to play for.

"To come away from two Mercedes strongholds with only a two-point deficit in the drivers' championship is hugely encouraging.

"I don't think there's any circuit that stands out as strongly as Russia and Monza (for Mercedes). You could say it's 50-50 in what's left on the table."

Lewis Hamilton became the first Formula One driver to win 100 grands prix with a dramatic rain-assisted victory in Russia that sent the Mercedes ...
Motoring
10 months ago

Valtteri Bottas said he would 'take one for the team' if Mercedes asked him to let title contender Lewis Hamilton overtake in Sunday's Russian Grand ...
Motoring
10 months ago

Formula One's Monaco Grand Prix will scrap its traditional rest day next year and hold practice on Friday like the other races on the calendar, ...
Motoring
10 months ago