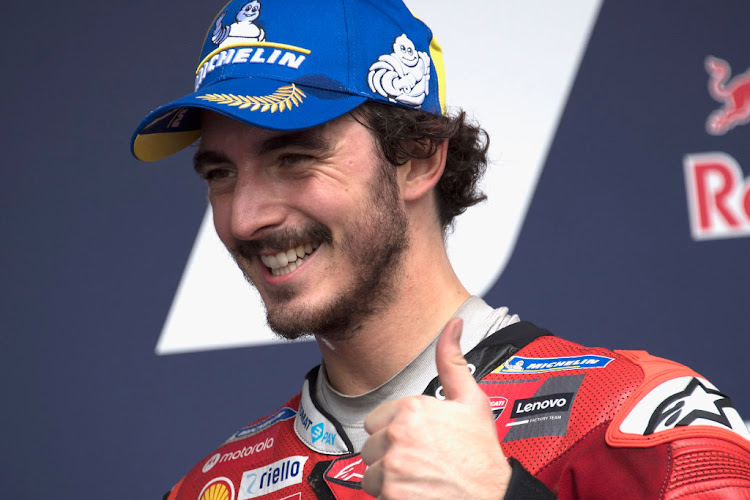 Ducati's Francesco Bagnaia ended Marc Marquez's run of seven straight poles at the Grand Prix of Americas on Saturday as he topped qualifying and sealed a third consecutive pole this MotoGP season.

"We worked a lot this week. I really enjoy qualifying... I gave it my all in the second attempt, the last corner was a bit wide, but very happy," said Bagnaia, who trails Quartararo by 48 points in the race for the championship.

Quartararo said: "We are struggling a little more than usual in qualifying. Pecco (Bagnaia) was really fast but it is always great to start in the first row. Let's see what we can do tomorrow."

Rookie Jorge Martin of Pramac Ducati will start fourth ahead of LCR Honda's Takaaki Nakagami, while Bagnaia's team mate Jack Miller, despite being fast all weekend, could only manage 10th.

A number of riders, including former world champion Valentino Rossi, crashed during qualifying following concerns this week that the Circuit of the Americas in Texas was too bumpy, with Quartararo calling it "a joke" and "unsafe".

Reigning world champion Joan Mir on Friday said that he would take up the matter with MotoGP's Safety Commission and try to find a solution.

Formula One will race in Qatar for the first time in November with a 10-year deal then following from 2023 once the country has hosted the 2022 ...
Motoring
7 months ago

Aprilia MotoGP rider Maverick Viñales will miss this weekend's Grand Prix of the Americas in Austin, Texas, after the death of his 15-year-old cousin ...
Motoring
7 months ago

Argentina will stay on the MotoGP calendar until 2025 after the race at the Termas de Rio Hondo track was cancelled for the last two years due to ...
Motoring
7 months ago