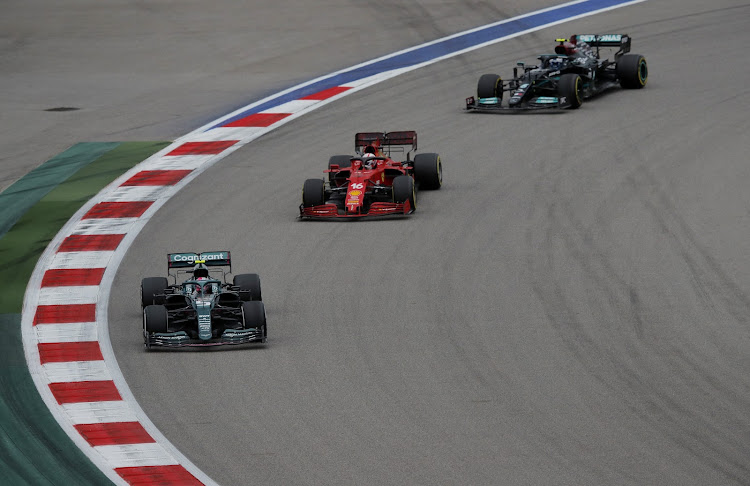 The sprint race format has been used at Silverstone and Monza this year, with Brazil's Interlagos to come.
Image: Reuters

Formula One will have a record 23 races next year and a third of them could be in the sprint format trialled this year, the sport's CEO Stefano Domenicali said on Monday.

The format has been used at Silverstone and Monza this year, with Brazil's Interlagos to come, and features qualifying on Friday for a Saturday 100km race that then decides the starting grid for Sunday.

Points are awarded for the top three drivers, in a 3-2-1 system.

Domenicali told Sky Sports television that the 2022 season would run from mid-March to mid-November, likely to be the earliest finish in a decade, with the calendar due to be published later this month.

“We said at the beginning of the year there would be three tests this year to make sure we have the right plan for the future. The vast majority of the comments we received were super positive,” he said of the sprint format.

“Promoters are super happy because there is something new and important on Friday and Saturday and Sunday ... generally speaking, it has been an incredible success.

Asked whether that could mean seven or eight sprints, he said it was a possibility.

This year is set to feature 22 rounds, still a record, and ends in Abu Dhabi on December 12. There will be new races in Saudi Arabia and Qatar, with Miami coming in from 2022 and Qatar dropping off before starting a 10-year deal in 2023.

Domenicali said Qatar would be a night race, with the venue from 2023 to be decided.

He countered criticism from human rights campaigners of the sport's embrace of the Middle East, now with four races, saying it could be a force for good.

“Sport will help to enhance the positivity and the right values in each country that we are going to, because the spotlight of Formula One is so big you cannot hide,” said the former Ferrari boss.

Lewis Hamilton could stretch his record tally of race wins to 120 after becoming the first Formula One driver to reach a century, the sport's MD Ross ...
Motoring
4 weeks ago