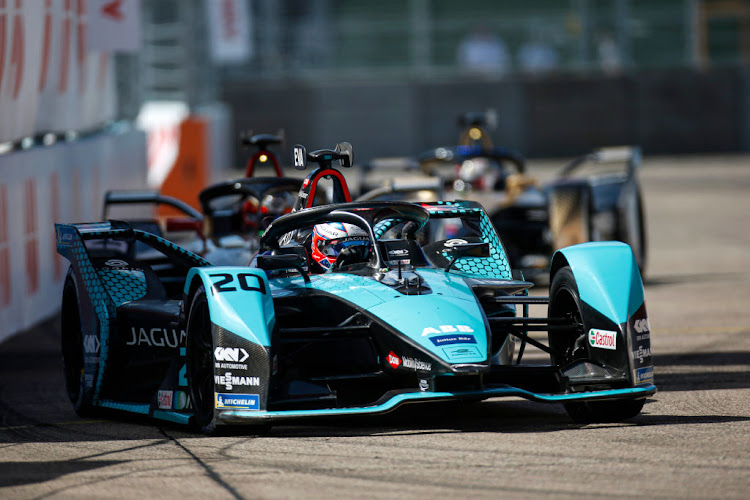 Mitch Evans during the BMW i Berlin E-Prix 2021 Round 14 on August 14 2021 in Berlin, Germany.
Image: Jaguar Racing via Getty Images

The electric Formula E series saw a 32% year-on-year rise in global television audiences last season with free-to-air deals in key markets driving the growth after a pandemic-hit 2020, it reported on Monday.

The city-based championship, whose biggest shareholder is telecoms group Liberty Global, said for the first time most viewers (62%) were watching races live by the end of the season rather than as highlights or repeats.

Formula E said its cumulative audience rose to 316 million, despite a shortened season and the lack of races in Asia due to Covid-19.

Season seven, running from February to August 2021, was the first as a full FIA-sanctioned world championship and had 15 rounds with Dutch driver Nyck de Vries winning the title for Mercedes at the final race in Berlin.

The heavily-disrupted sixth season ran from November 2019 to August 2020 and had 11 races, six of them held in the space of nine days at Berlin's old Tempelhof airport to complete the calendar.

Live audiences in Britain were up 156% year-on-year, with the two London races broadcast on Channel Four.

"We are delighted to see our strategy of partnering with broadcasters committed to localised, engaging and accessible free-to-air coverage paying off."

Six-times world champion Marc Marquez led from start to finish to secure a seventh win at the Grand Prix of the Americas on Sunday as Fabio ...
Motoring
3 weeks ago

Formula One will race in Qatar for the first time in November with a 10-year deal then following from 2023 once the country has hosted the 2022 ...
Motoring
3 weeks ago

Ken Block and Hoonigan Racing Division are excited to announce that they have teamed up with Audi on an electrifying new partnership, which will ...
Motoring
4 weeks ago