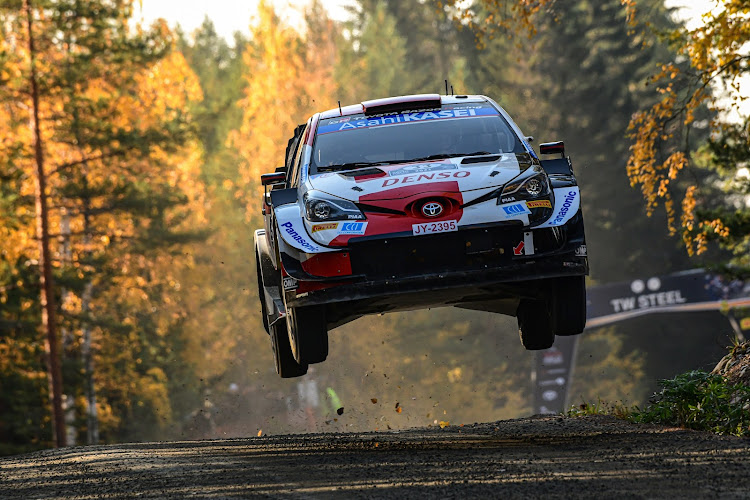 Evans secured his fifth career win by finishing 14.1 seconds ahead of Hyundai’s Estonian Ott Tanak, the 2019 world champion who had been chasing his third successive win in the gravel event.

Ireland’s Craig Breen, the leader after the first leg, was third for Hyundai with Finnish driver Esapekka Lappi fourth in a privately-entered Toyota and Ogier, who had been 44 points clear, fifth in the fastest round on the calendar.

“It feels pretty special to win for the team on its home rally,” said Evans, now the only driver who can deny Ogier an eighth championship with a maximum 60 points left to be won.

“It’s a positive result in terms of the championship. The drivers’ title is still a long shot for me but we’ll keep giving our best on every event.”

Evans took five stage wins in a row on Friday and Saturday on the high-speed gravel roads around Jyvaskyla, where the Toyota rally team are based, to move from fifth to first.

He gained five bonus points for winning the final Power Stage, ahead of Tanak and Lappi.

Toyota’s Takamoto Katsuta took two extra points and Breen one while Ogier failed to add to his tally.

Ogier can wrap up the title on asphalt in Spain on October 17 if results go his way. The season ends at Italy’s Monza circuit in November.

Toyota’s lead over Hyundai in the manufacturers’ championship grew to 61 points.

Rally Finland was not held last year due to the Covid-19 pandemic.

Six-times world champion Marc Marquez led from start to finish to secure a seventh win at the Grand Prix of the Americas on Sunday as Fabio ...
Motoring
3 weeks ago