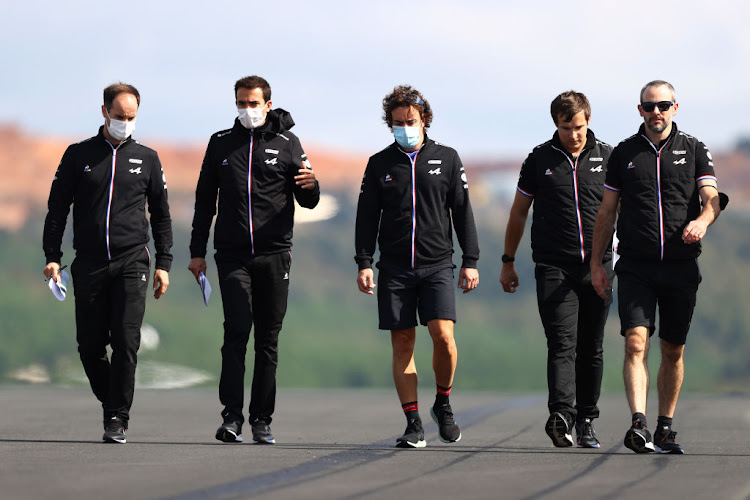 Fernando Alonso walks the track during previews ahead of the F1 Grand Prix of Turkey at Intercity Istanbul Park on October 07, 2021 in Istanbul, Turkey.
Image: Bryn Lennon/Getty Images

Double Formula One world champion Fernando Alonso suggested on Thursday that some drivers were being treated differently to others when it came to track behaviour during races.

The Spaniard told reporters at the Turkish Grand Prix that the fact he was being asked about an incident at the previous race in Russia proved his point.

Alonso deliberately used the run-off area at the first corner in Sochi to avoid a bottleneck and gain places through late braking, complying with the rules because he rejoined behind the driver he had followed into the corner.

He said he had done it just to see the questions in Istanbul.

“When I do things, they have a different behaviour and a different repercussion on the following event,” added the Alpine driver. “So now maybe they change the run-off area in lap one in the first couple of corners.”

He said others had behaved similarly without facing such questions and he had been “the idiot on track for most of the championship while I've been overtaken from outside the asphalt by many people in the first couple of races”.

“And nothing happened, and there were no questions on the following race. And now after Sochi there is a question, so it is a confirmation.”

Asked what he meant by that, Alonso said it was many things.

Race director Michael Masi was not immediately available for comment but the governing FIA said all rules and regulations applied to all drivers equally.

Alonso, in his comeback season after two years out of Formula One, has complained already this year about the lack of action against others.

“The strategy in the first races didn't bring us any solutions so we understand the solution is to do what the others are doing,” he said at the British Grand Prix at Silverstone in July.

Verstappen says F1 title outcome will not change his life

Formula One title contender Max Verstappen played down the pressure of fighting Lewis Hamilton for the championship and said on Thursday that the ...
Motoring
2 weeks ago

Formula One doctor Ian Roberts and medical car driver Alan van der Merwe have tested positive for Covid-19 and will be replaced for this weekend's ...
Motoring
2 weeks ago

Formula One champion Lewis Hamilton played down fears on Thursday that he could have to take an engine penalty at the Turkish Grand Prix, without ...
Motoring
2 weeks ago