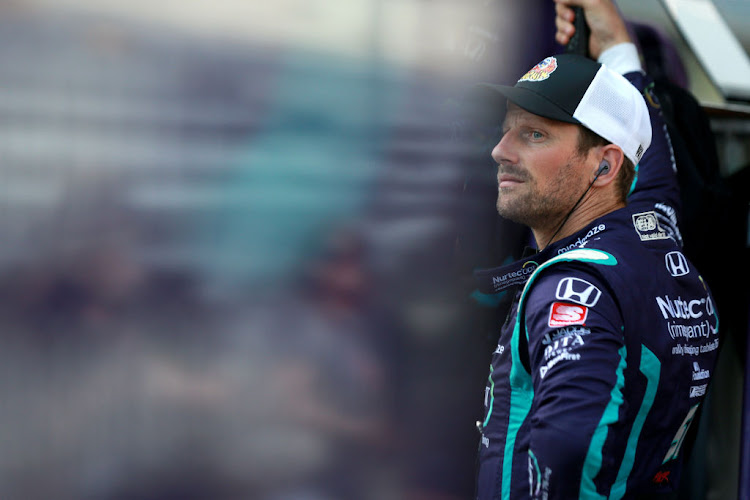 Romain Grosjean has passed his Indianapolis 500 Rookie Orientation Program (ROP), setting the 35-year-old Frenchman up for a shot at qualifying for the "Greatest Spectacle in Racing" next May.
Image: Sean Gardner/Getty Images

A veteran of 179 Formula One starts, Romain Grosjean was back in class on Wednesday passing his Indianapolis 500 Rookie Orientation Programme (ROP), setting the 35-year-old Frenchman up for a shot at qualifying for the “Greatest Spectacle in Racing” next May.

Grosjean, who made the jump to IndyCar this year, had told his family he would not race on the more dangerous ovals after a fiery crash in Bahrain that ended his F1 career.

But after an impressive first season with Dale Coyne Racing, Grosjean last month made the move to IndyCar powerhouse Andretti Autosport with the goal of winning the driver's title which would mean driving ovals.

“You can't go in the top ten if you are not doing all races. They do want me fighting for championships, they want me at the front and I feel comfortable with my decision,” said Grosjean. “You need to respect ovals a lot.

“It doesn't feel fast when everything goes well but for sure if you start losing the rear end you know the wall is there.

“I feel like my level of happiness through my professional life, being able to share that with my family is the risk that we take.”

He also dipped his toe in the oval waters running at Gateway Grand Prix placing 14th.

IMS, however, is a completely different beast: a massive 2.5 mile (4km) oval that has frightened off many top drivers.

Grosjean's first run at the Brickyard was an abbreviated one that saw the Frenchman get his DHL Honda running the final of three phases (15 laps at 215mph plus) when rain cut short the test.

IndyCar officials, however, deemed Grosjean and fellow Indy 500 novice seven-time NASCAR Cup champion Jimmie Johnson had passed their rookie tests even though both were a few laps short of completing the final phase.

Both will have the opportunity to finish their remaining laps during the IMS open test next April.

“It went pretty well, it was a pretty smooth day apart from the weather,” said Grosjean. “The most stressful part was what was my first lap speed going to be and you move from there.

Ferrari's Carlos Sainz will start from the back of the grid in this weekend's Turkish Grand Prix as a result of penalties for exceeding his engine ...
Motoring
1 week ago

Lewis Hamilton clinched his seventh Formula One world championship in Turkey last year while Max Verstappen had a race to forget, but this time the ...
Motoring
1 week ago