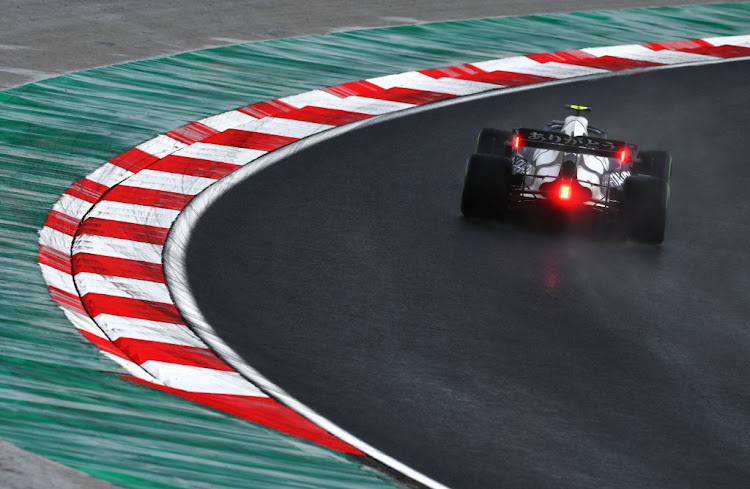 Pierre Gasly during final practice ahead of the F1 Grand Prix of Turkey at Intercity Istanbul Park on October 09, 2021 in Istanbul, Turkey.
Image: Dan Mullan/Getty Images

Pierre Gasly was fastest for AlphaTauri in a wet final practice for the Turkish Grand Prix, with Formula One championship leader Lewis Hamilton, who has a 10-place grid penalty for Sunday's race, doing only five laps.

The Ferrari duo of Carlos Sainz, who starts from the back of the grid due to engine penalties, and Charles Leclerc were fourth and fifth but the times meant little on a track drying later on.

Hamilton was 18th after a session at the Istanbul Park Circuit that was briefly red-flagged halfway through when the Briton's future team mate George Russell beached his Williams in the gravel at turn two.

Qualifying follows later on Saturday, with Hamilton needing to secure pole to limit the damage caused by the 10-place drop due to exceeding his engine allocation for the season.

The weather forecast for the session is mixed, with possible patches of rain.