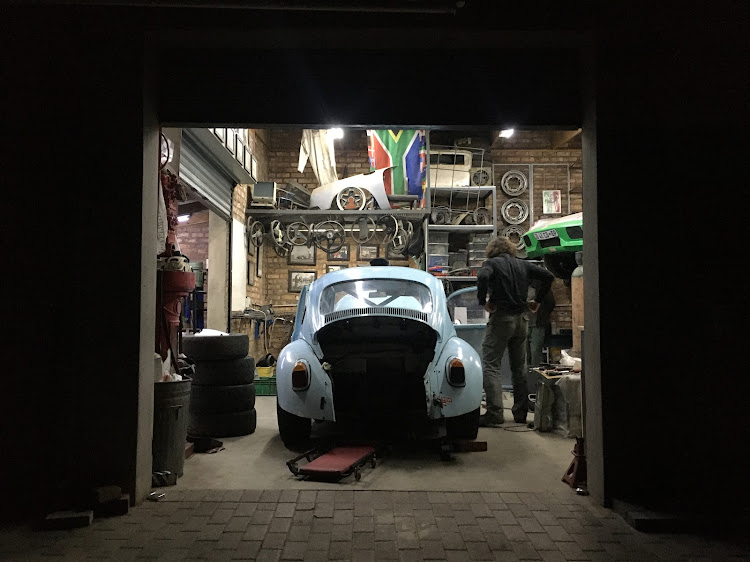 Our 2021 24 hours of ILamuna challenger: a 1965 Volkswagen Beetle raced by one Harry Lombard for the past 30 years.
Image: Thomas Falkiner

It was the morning of September 16 when I fielded a WhatsApp call from my mate and air-cooled Porsche restorer, Wernher Hartzenberg. And after exchanging a few pleasantries he immediately got down to brass tacks: “Do you want to enter the 24 hours of ILamuna?”

Now in case you don't know what the hell this is (and I'm guessing that most of y'all don't — especially not you, mom) the inaugural 24 hours of ILamuna is an endurance race based on the famous 24 hours of Le Mans. Except instead of piloting cutting-edge prototypes and exotic GT sports cars, you are required to turn up at Red Star Raceway on October 30 in a ratty old lemon (cue Urban Dictionary) bought and track-prepped for R50,000 or less.

Of course I said yes — especially since Herr Hartzenberg had managed to procure the mandatory R24,000 (excluding VAT but including all the fuel needed for the race plus six free tyres from Tyremart) entry fee from his connections at WH Auctioneers. All we needed now was a suitable vehicle. “Don't worry about that,” Hartzenberg explained, “I've already found the perfect car, one that won't need much work and should be reliable.” 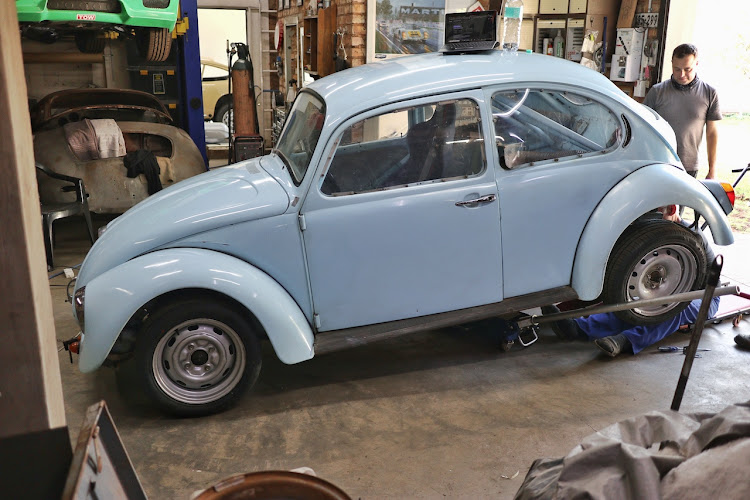 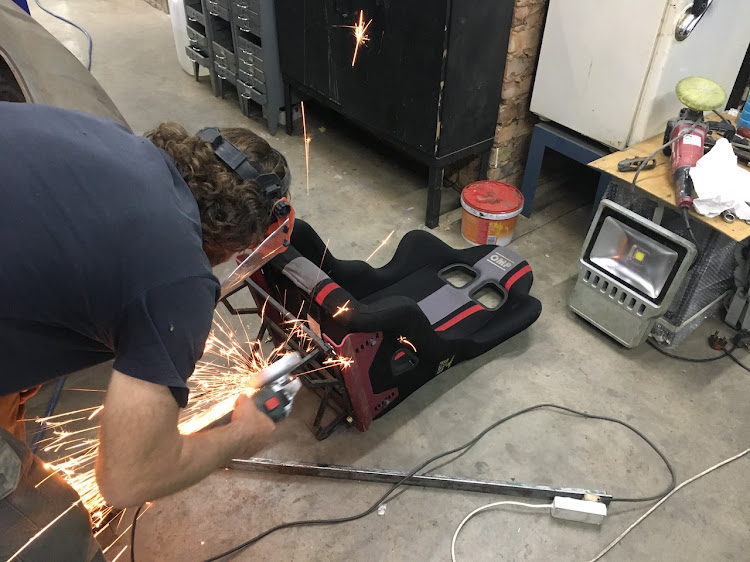 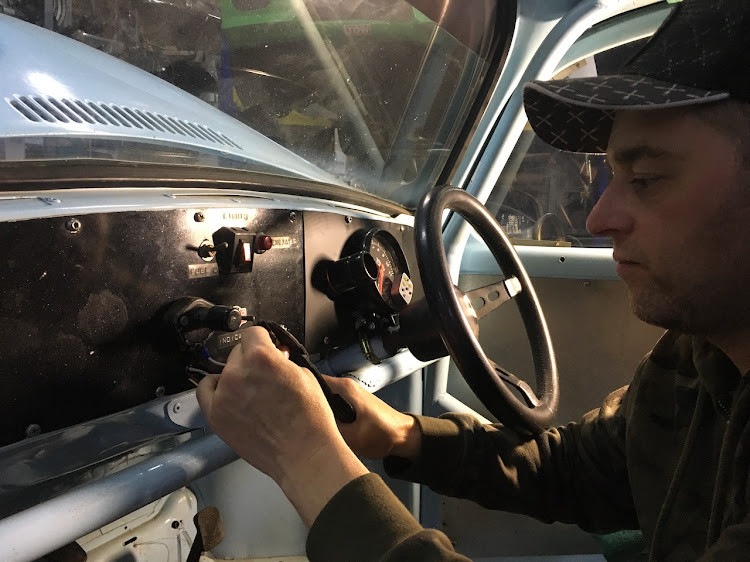 Enter the baby-blue 1965 Volkswagen Beetle you see here. I'll do a more in-depth story about this bug's checkered past at a later stage but for now just know that for the past 30 years it's been raced on tracks around the country by a gentleman named Harry Lombard.

Because life is what happens when you make other plans, Mr Lombard had been forced to put his much-loved Volksie on the market and Hartzenberg, being a fan of these rounded air-cooled oddities, had immediately sniffed it out. And why not? This was a car already set up for circuit work: something that would save us a considerable amount of time and money in the preparation department. Even sweeter was the fact that the engine had just been rebuilt. Oh, and the brakes had been converted to discs. And there was an oil cooler.

“It really is a no-brainer,” explained Hartzenberg in his laid-back Pretoria drawl. “There's just one issue,” he warned, “And that's the asking price — Harry isn't willing to negotiate.”

*R60,000 is a fair chunk of change in anybody's book, but split among four drivers (each to steer a certain amount of stints during the race), it's kind of doable. So after wrangling ex-Star Motoring scribe Jesse Adams and another chap named Wihan Tiedt into the fray, well, the piggy banks were pillaged and the transfer made. Team Short-Shifters was go!

That was on September 20. Fast forward to the here and now and the Beetle is still sitting in Hartzenberg's workshop waiting for the engine to go back in. “But wait,” I hear you say, “Why did it come out if it had already been rebuilt?” Well you see, Mr Lombard wants us to succeed in the foolhardy event and as such decided to strip the motor to double check that everything inside it was still tip-top. It was. And while the engine was out he also sent the gearbox off to a mechanic friend of his for a little bit of preventive maintenance and a synchro refresh. So, yes, there have been a few delays in this project. However, all the important oily bits should be bolted back into the Beetle by the end of the week. We hope. 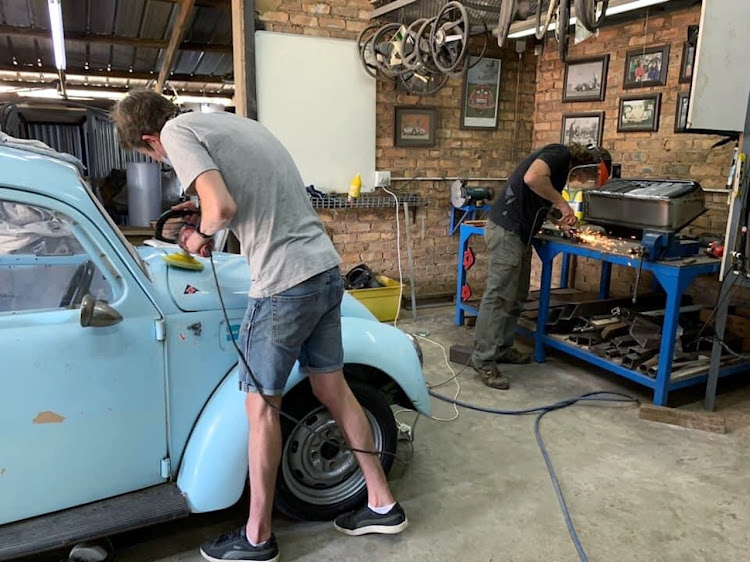 In the meantime we've been hard at work with other things. Like polishing the bodywork, fabricating and welding in a new seat mount, installing a new rev-counter (with a fancy shift light) and sorting out a few minor wiring issues. We've also sprayed the bumpers yellow and have — finally — settled on a livery that will probably be applied next week.

There's a lot more to come and a lot more to write about. So watch this space for more updates on our 2021 24 hours of ILamuna adventure. It's going to be epic, that's for sure.

*No, we're not cheating – because our Beetle is already fitted with the mandatory safety gear (roll-cage, seat etc.) we can subtract that value from our on-paper purchase price.

Online auction house Collecting Cars has an interesting Porsche up for grabs right now. Initially sold for participation in the first 1974 IROC ...
Motoring
2 weeks ago

Enjoying the evolution of the Toyota Corolla

Sampling past models from an established automobile lineage is often an illuminating experience. A hands-on motoring history lesson that exposes its ...
Motoring
3 weeks ago