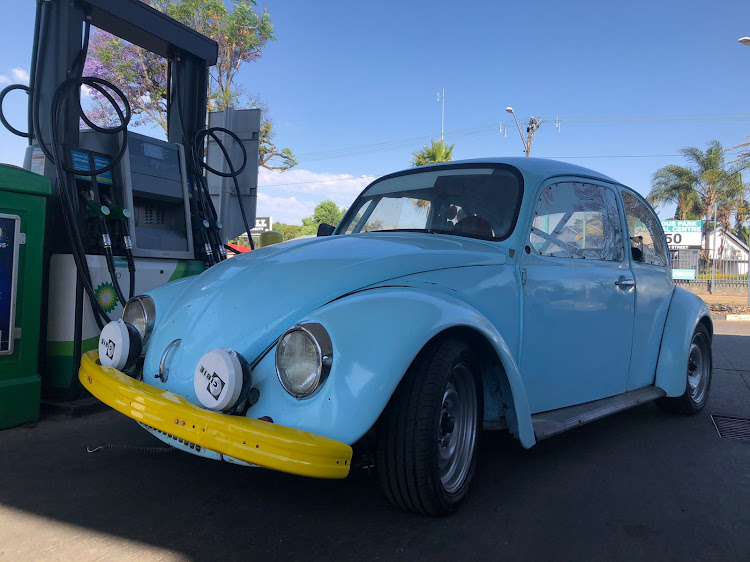 Our Beetle is finally mobile and looking the part with sick contrasting yellow bumper and Baja-esque spotlights.
Image: Wernher Hartzenberg

It's been a week since I posted my first “Road to ILamuna” Update and, oh boy, has a whole lot been on the boil since then. The biggest news so far is that the engine and gearbox are both back in the car and fully operational. Indeed, thanks to the heroic weekday efforts of Wernher Hartzenberg (Chief of Welding and Fabrication), Werner Alker (Beetle Mechanic and Modifier Extraordinaire) and Harry Lombard (Veteran Racer and Ex-owner), our Baby Blue racing Volksie fired-up on the first turn last Friday afternoon (see evidence below).

So could we take it out for a shakedown, then? Well, no, unfortunately there were still a good many creases to iron out before we strapped our bug to a trailer and made haste for the nearest racetrack. The state of our wiring was of particular concern because after reconnecting the car's headlamps and splicing in our joule-thirsty halogen spotlights, all that multicoloured spaghetti dangling precariously behind the dashboard was getting worryingly hot — as were the accompanying circuit relays. Yeah, the last thing we wanted was a meltdown in the middle of the race. So we called a quick team meeting and decided to employ the services of a qualified auto-electrician to sort everything out. Which he did.

Next on the list was the braking system. After driving around the block it became evident that them anchors were in dire need of a good bleed. Usually this is a pretty simple thing to do but for some reason the Beetle just wasn't playing ball. Long story short is that the aged master cylinder needed a complete overhaul. So we took it to a chap named Grant Densham who did an incredible — and impressively rapid — job bringing it back to life. It's now back in the Beetle and hopefully good to see us through our mad 24-hour challenge. 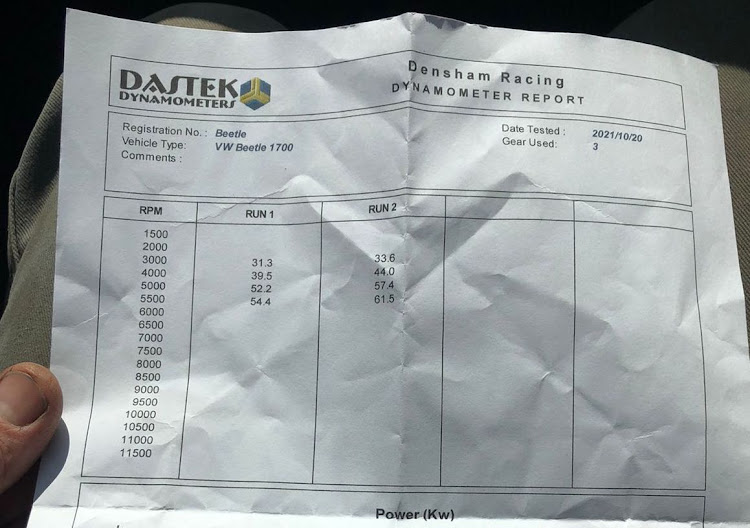 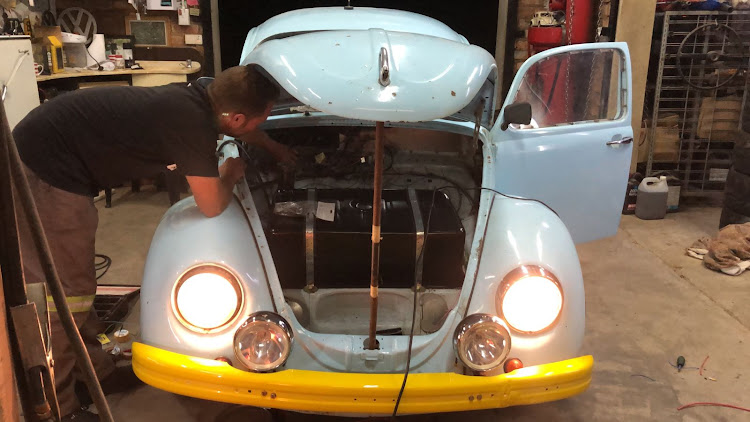 After fixing an oil-cooler leak on Wednesday morning, Hartzenberg decided to transport our ever-improving Volksie to Densham Racing at Zwartkops Raceway for a much-needed dyno tune. For even though the engine seemed to be running sweetly, there was certainly some improvement to be found by fine-tuning our settings on Densham's rolling road. And indeed there was: between our first and final runs we managed to increase our power output (on the wheels) from 54.4kW to 61.5kW — go eat your heart out Audi R18 e-tron.

So what's next on the Team Short-Shifter's agenda? Over the next two days Hartzenberg plans to tie-up a few loose ends and then on Saturday we all head on over to MF Autobody in Boksburg for the official 24 hours of ILamuna scrutineering session. After that the gang intends trekking out to Midvaal Raceway where we can finally do a proper shakedown.

We'll let you know how that goes but until then follow our antics on our Facebook page.

It was the morning of September 16 when I fielded a WhatsApp call from my mate and air-cooled Porsche restorer, Wernher Hartzenberg. And after ...
Motoring
7 months ago

After 13 weeks and 7,221km it’s time to bid adieu to our long-term Toyota Corolla Sedan. And I’ve got to say that I’m kind of sad to see its tail ...
Motoring
7 months ago

Most established motoring journalists have long-term test cars. I had one once. It was a 2013 Honda CR-Z and it arrived at my office with 200km on ...
Motoring
1 year ago