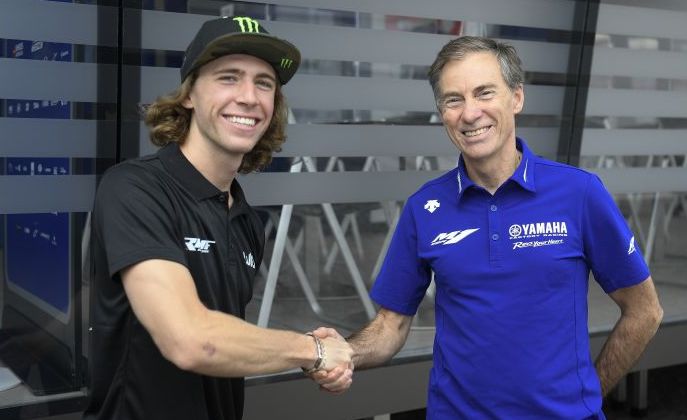 Yamaha on Thursday announced the signing of Moto3 talent Darryn Binder. He will be joining Yamaha‘s rebranded RNF MotoGP Team's rider line-up for the 2022 MotoGP season, with an option to stay on for 2023.

After two years of riding in the Red Bull Rookies Cup, the South African started his full-time Moto3 class career in 2015. That year Binder became a well-known name thanks to his brother (Brad Binder) who went on to become the 2016 Moto3 Champion. However, Darryn has since proven that he is an exceptional racing talent in his own right.

Known for his hard racing and making use of any and every available gap during a race, the 23-year-old has ridden to six Moto3 podiums so far, including a win at the 2020 Catalan GP. Furthermore, Darryn Binder‘s eagerness, feistiness, and seven Moto3 seasons of experience make him a perfect teammate for the vastly experienced Andrea Dovizioso, as the rebranded RNF MotoGP Team start their new and exciting chapter.

The all-female W Series ends its second season in Texas this weekend with Britons Alice Powell and Jamie Chadwick tied at the top and racing for ...
Motoring
6 months ago

Lewis Hamilton and Max Verstappen have traded the Formula One championship lead four times in six races and Sunday's US Grand Prix in Austin could ...
Motoring
6 months ago

Pato O'Ward jokes that he would be a billionaire if he had banked a penny every time he was asked about his Formula One prospects and the 22-year-old ...
Motoring
6 months ago