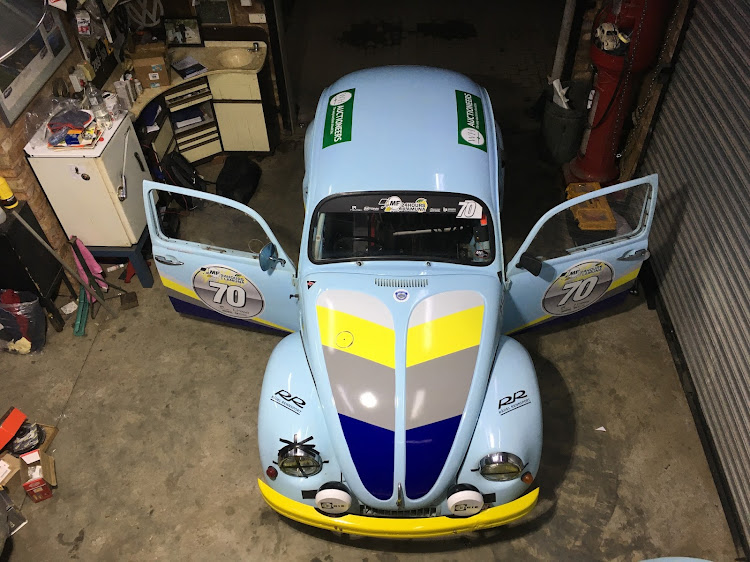 One of the most exciting things about prepping a race car is applying a livery: vehicular war paint that instantly gives it a look and personality all its own. When the Team Short-Shifters crew first acquired our 1965 Volkswagen Beetle, we were keen on recreating the now legendary Apple Computer livery that graced the somewhat ill-fated Dick Barbour Racing Porsche 935 K3 that managed only 13 hours of the 1980 24 Hours of Le Mans. Unfortunately the execution of said livery was, how should we say, a bit lost in translation. So in order to not offend anybody, Jesse Adams and I went back to the drawing board.

And after some collective head-scratching and can-kicking we decided to revisit our childhoods and create a graphical homage to our favourite toys of that period – Tamiya radio control cars. Big in the 1980s (and retro-cool today), Japan's Tamiya Plastic Model Company built some of the most desirable RC cars to ever come out of the Era of Excess. From the pioneering Frog and Grasshopper to the ever-enduring Midnight Pumpkin and Clod Buster, these plastic works of art were on every kid's Christmas wishlist back then. 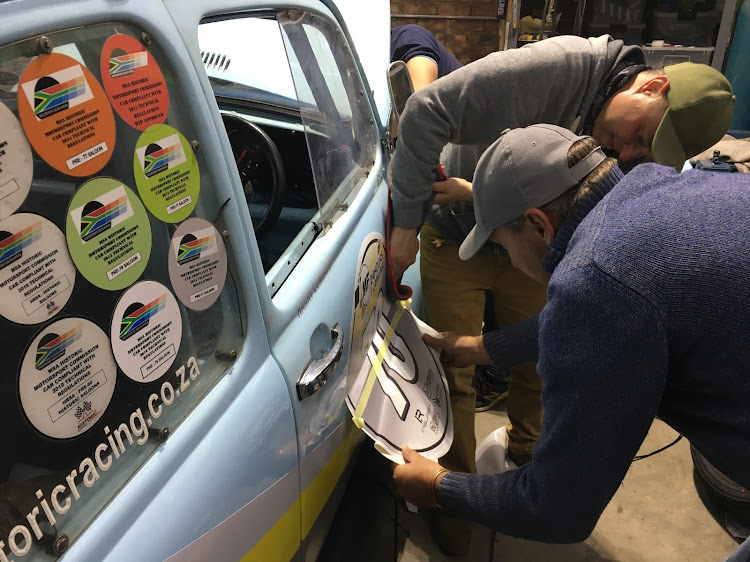 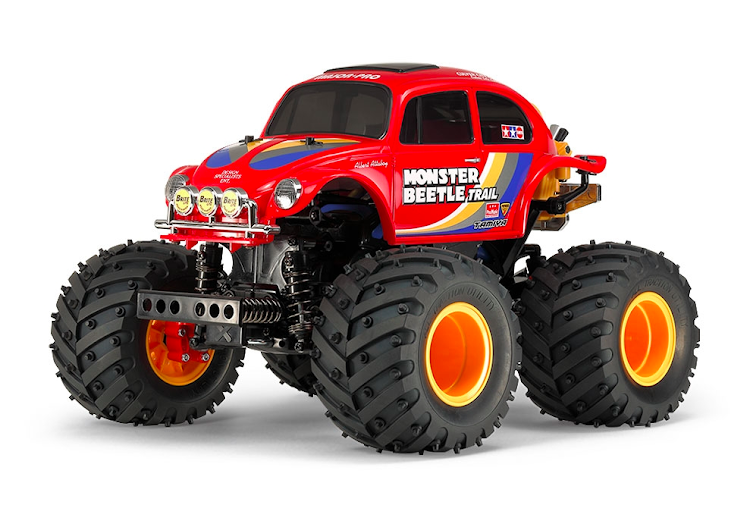 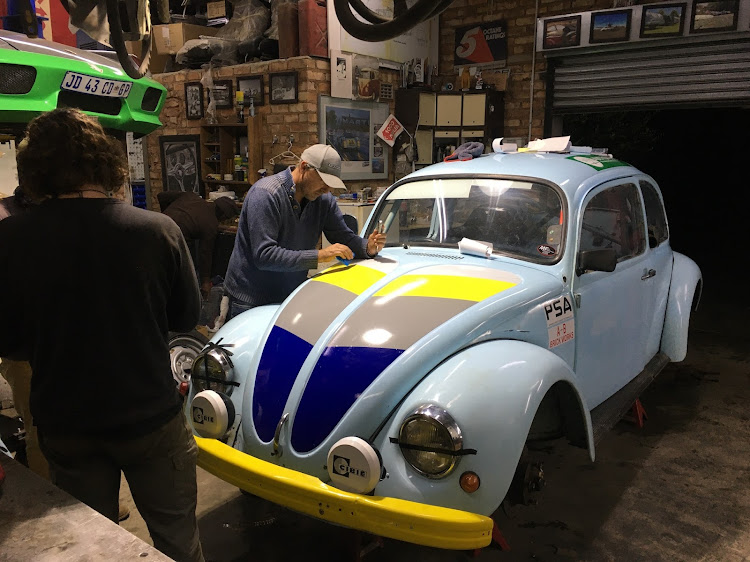 After revisiting the company's back catalogue, we decided to recreate the door and bonnet decals of the Monster Beetle monster truck. However because our Bug is powder blue and not red, we changed the colour of the decal stripes from white, orange, silver and blue to white, yellow, silver and blue. Switching to yellow immediately conjured up memories of another Tamiya RC car – the Thunder Dragon off-road racing buggy. This happy accident inadvertently led to our own unique creation – the Team Short-Shifters Thunder Beetle. Finished off with a roof-rack and a set of classic Cibie spotlights, we think it oozes SoCal cool with an aesthetic that harks back to the original Baja Bugs of the mid-to-late 1960s. 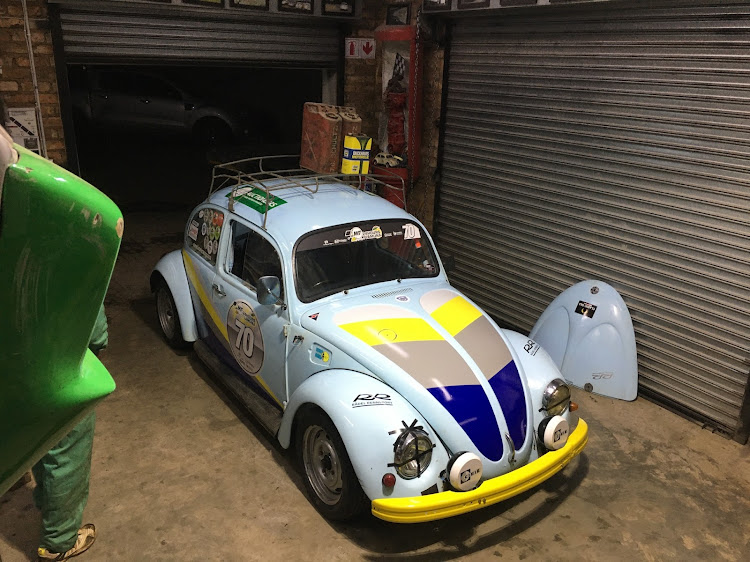 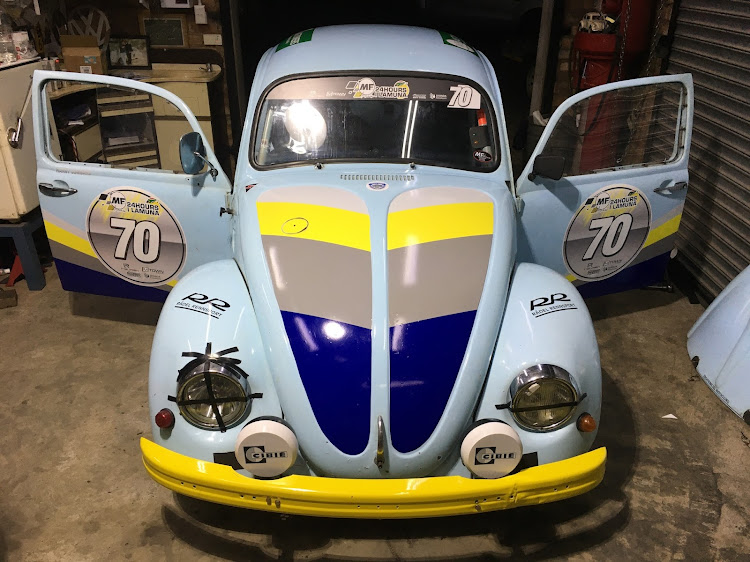 Next up is our race number. While many of the competing teams chose numbers at random (or for superstitious reasons), we decided to pick the number 70 because 2021 marks the 70th anniversary of Volkswagen in SA. Indeed, in was on August 31 1951 that the first Beetle rolled off the production line at the Kariega (formerly Uitenhage) plant in the Eastern Cape. The popular “Volksie” enjoyed an impressive 28 years of local production, with the last one being built in 1979. Fellow TimesLIVE Motoring reporter, Brenwin Naidu, wrote a great feature on the brand's involvement in SA, which you can read by clicking here.

With our race livery aced and most of the Beetle's (known) gremlins sorted, Team Short-Shifters is now ready to tackle the inaugural 24 hours of ILamuna that gets started this Saturday at 3.14pm. We will be streaming all the action live from the cockpit, so be sure to click back to TimesLIVE Motoring tomorrow afternoon where you can enjoy the coverage.

You can also stay up to date by following the official Team Short-Shifters Facebook page.

As per usual things have been hectic in the Team Short-Shifters camp. This Saturday past was particularly busy as we had to trailer-up our ...
Motoring
2 months ago

It's been a week since I posted my first 'Road to ILamuna Update' and, oh boy, has a whole lot been on the boil since then. The biggest news so far ...
Motoring
3 months ago

It was the morning of September 16 when I fielded a WhatsApp call from my mate and air-cooled Porsche restorer, Wernher Hartzenberg. And after ...
Motoring
3 months ago