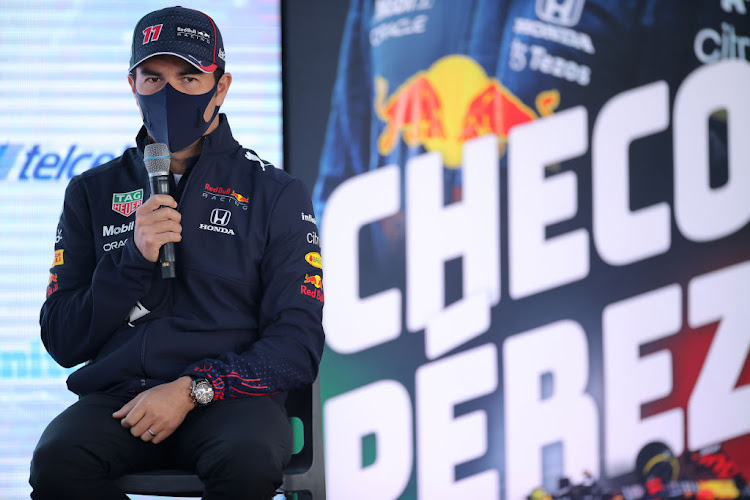 Formula One leader Max Verstappen, along with tens of thousands of fervent fans, will be hoping to see Red Bull teammate Sergio Perez stand on his home Mexican Grand Prix podium for the first time on Sunday.

Verstappen is favourite at the Autodromo Hermanos Rodriguez and a perfect one-two with Perez would put even more of a gap between him and Mercedes' seven-times world champion Lewis Hamilton.

The Dutch driver is 12 points clear of the Briton after 17 of 22 races, with Mercedes 23 ahead of Red Bull in the constructors' standings going into a run of three races on successive weekends.

“It’s incredibly important for myself and the team to nail the next three races now that we are fighting for the championship,” Verstappen said.

Mexico City could see him take a decisive step towards a first title and realise a dream for Perez, who has never finished higher than seventh at home but now has a winning car.

Perez has won twice in the last 12 months, the first with Racing Point (now Aston Martin) in Bahrain last December, and will be racing at home for the first time as a winning F1 driver.

“It’s just great to finally have a team and a car that we can dream of a victory in my home country,” said the Mexican. “We have a chance to make a big result happen this weekend, so I will prepare as well as I can and we will see what we are able to achieve.”

Team player Perez knows, however, that something will have had to go awry for Verstappen for him to be in with a shout of winning, given the tight championship battle and importance of every point.

Verstappen won the last round in Texas, something of a Mercedes stronghold over the years, with his teammate finishing third.

Both Hamilton and Verstappen have won twice in Mexico, the Briton most recently in 2019 with the 2020 race cancelled due to the Covid-19 pandemic.

The pair are the only drivers on the current grid to have tasted victory in Mexico, whose race returned to the calendar in 2015.

“Red Bull have gone well there in the past and it hasn’t been our strongest circuit,” said Mercedes team principal Toto Wolff of the high-altitude challenge.

“But this year has shown that anything is possible and circuits where you were previously weak, you are suddenly strong, and vice versa.”

Behind the title battle, another tough fight is being played out between McLaren and Ferrari for third in the championship.

Mercedes-powered McLaren are just 3.5 points ahead of their old Italian rivals.

“It is a track where power sensitivity is less important,” said Ferrari boss Mattia Binotto. “I think the Mexico track will be in our favour compared to what we saw in Austin.”

Ferrari's Charles Leclerc was fourth in the US Grand Prix, with McLaren's Daniel Ricciardo fifth.

Brazil follows on from Mexico before teams fly to Qatar for the first of three season-ending rounds in the Middle East. The final two races are in Saudi Arabia and Abu Dhabi in December.

McLaren announced New Zealander Emma Gilmour as their first female racer on Wednesday with the rally driver set to compete in the new electric ...
Motoring
1 month ago

Honda's six-times MotoGP champion Marc Marquez will not race at the Algarve Grand Prix this weekend after suffering a concussion in a training crash, ...
Motoring
1 month ago

Every Formula One grand prix promoter wants to hold a sprint race but only six are likely next season after the experiment of three this year, F1's ...
Motoring
1 month ago