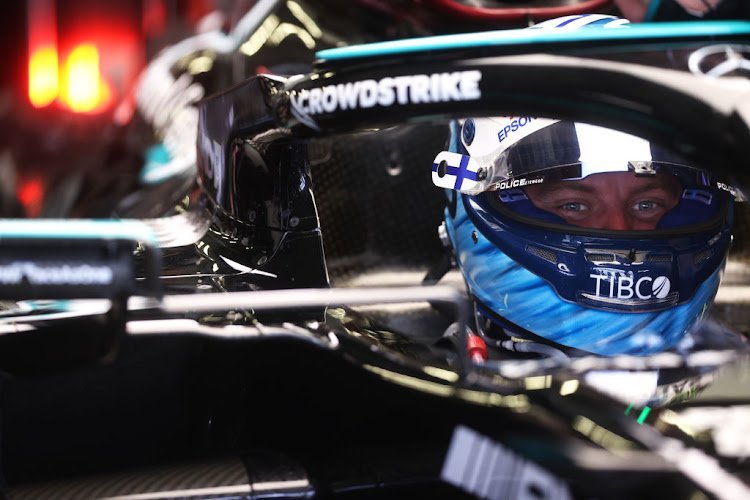 Valtteri Bottas prepares to drive out of the garage during practice ahead of the F1 Grand Prix of Mexico at Autodromo Hermanos Rodriguez on November 05, 2021 in Mexico City, Mexico.
Image: Lars Baron/Getty Images

Formula One world championship leader Max Verstappen, Perez's Red Bull team mate and a favourite for victory on Sunday, was third quickest at the Autodromo Hermanos Rodriguez and 0.123 off Bottas' pace.

On a dusty track, which did not host a grand prix last year due to the Covid-19 pandemic, Bottas lapped with a best time of 1:18.341 seconds with seven-time world champion Hamilton 0.076 slower.

Hamilton was summoned to the stewards after the session for running off and rejoining the track without going around a bollard.

Perez hit the tyre wall at the stadium complex after Ferrari's Charles Leclerc had also spun there, damaging his rear wing.

The Mexican returned to the track later on and clocked the fourth fastest time.

“Not an easy session for us, drivers really struggling with the balance of the car and not getting the laps in,” said team boss Andreas Seidl. “We have work to do.

“Ferrari definitely made a good step forward in the last two or three races and it will be tough to stay ahead but we will give it all.”

Sergio Perez says he is sure Red Bull want him to win his home Grand Prix in Mexico City after facing questions on Thursday about whether they will ...
Motoring
3 weeks ago